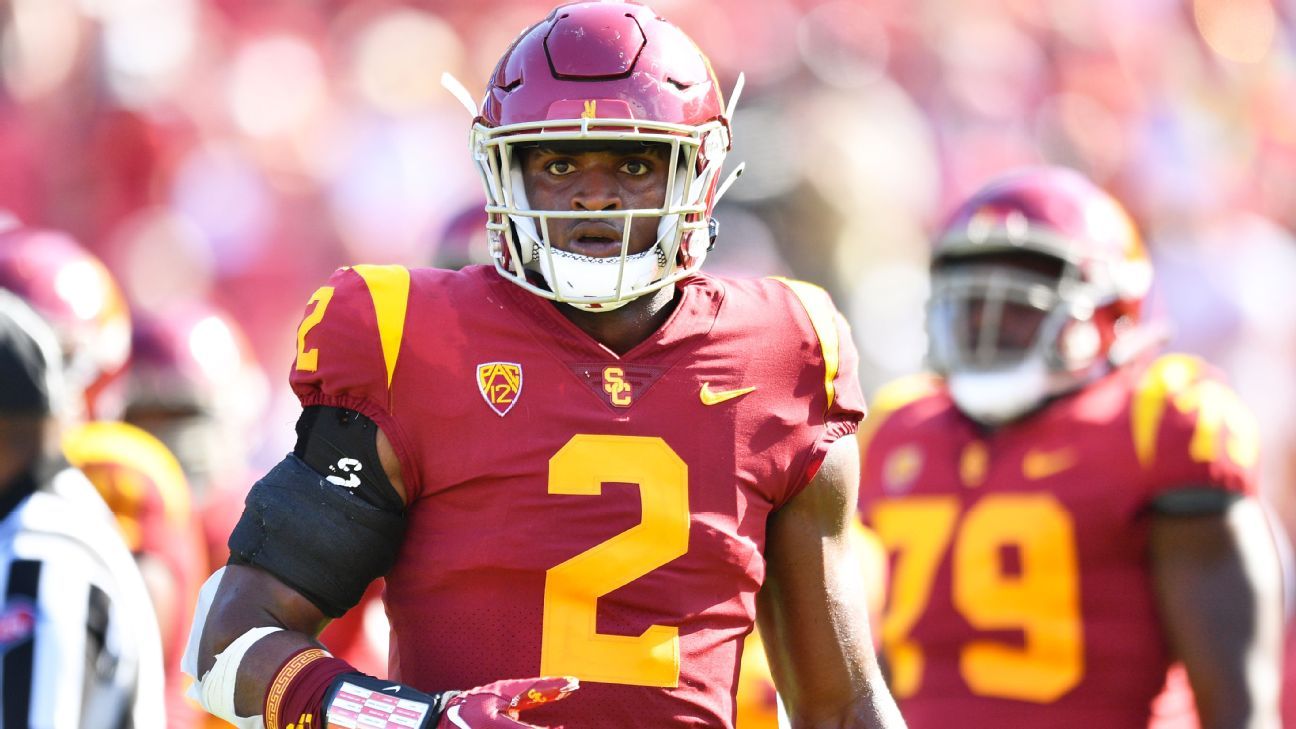 USC defensive end Romello Height, who transferred from Auburn this offseason, will likely miss the rest of the season after undergoing a shoulder procedure, head coach Lincoln Riley announced Thursday.

“It’s going to be a long-term recovery,” Riley said.

Height suffered the injury during USC’s 41-28 victory over Stanford in Week 2. He left the game and was later seen with his arm in a sling. The injury leaves the Trojans depleted at an important position as Height had won the job in fall camp after arriving at USC in January.

Returning sophomore rush end and five-star prospect Korey Foreman dealt with an injury before the season that kept him out of most of fall camp. Foreman has slowly returned to game action and has three tackles so far this season.

Wyoming transfer Solomon Byrd has been the key figure at the position, stepping into the void left behind by Height, who did not appear in USC’s win over Fresno State last week. Byrd started the year third on the depth chart and only had five reps in the season opener, but has since totaled eight tackles and three sacks, including one forced fumble.

“It’s hard. I’m not gonna lie, because I came from Wyoming and I was a starter and a big name up there,” Byrd said after the win over Fresno State. “So when I came down here, and there’s a lot of talent. I just had to keep working, keep doing what I’ve been doing.”

Riley said Thursday he still feels good about the depth at the position given Byrd’s surge as well as Foreman’s ongoing return to full health.

Embiid a U.S. citizen: ‘Blessing’ to be American
LIV Golf refutes report of deal to buy TV time
Liverpool, Man United, Real Madrid? Which club suits Bellingham?
Toronto out and Detroit in? Teams most likely to rise and fall in the playoff race
USMNT’s Pepi scores in 2nd straight game