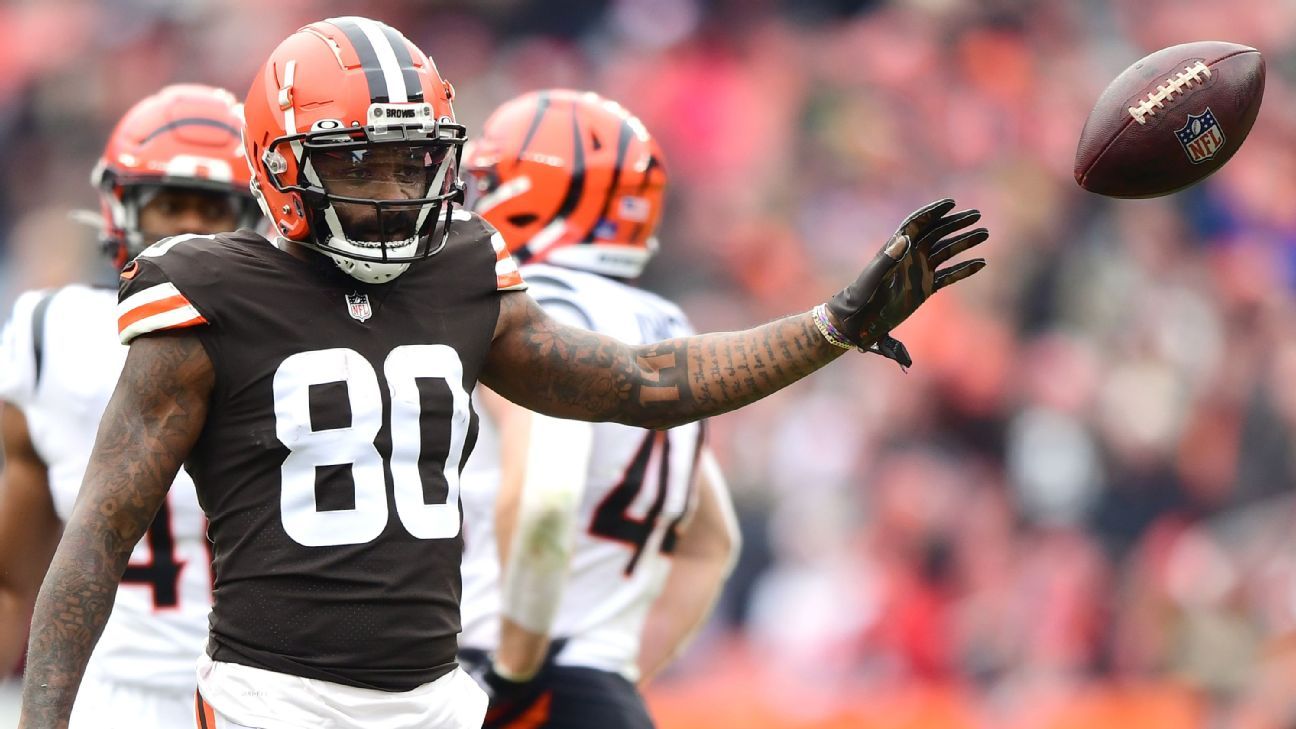 Wide receiver Jarvis Landry is set to sign with the New Orleans Saints, posting a social media video with highlights of himself and the team.

Landry grew up in Louisiana and played college football for LSU.

The Cleveland Browns released Landry on March 14 after the sides couldn’t agree to a restructured contract. The Browns had granted Landry permission to try to seek a trade after Cleveland dealt for Dallas Cowboys Pro Bowl wide receiver Amari Cooper.

Landry, 29, struggled last season with a knee sprain that he suffered in Week 2, an injury that kept him out five weeks. He finished with 52 receptions for 570 yards and four total touchdowns — all career lows.

The Browns acquired Landry in 2018 after he spent his first four seasons with the Miami Dolphins. He had 288 receptions for 3,560 yards and 15 touchdowns in 59 games with Cleveland.

Originally a second-round draft pick by the Dolphins, Landry has been selected to five Pro Bowls and has 688 receptions for 7,598 yards and 37 touchdowns in eight seasons.