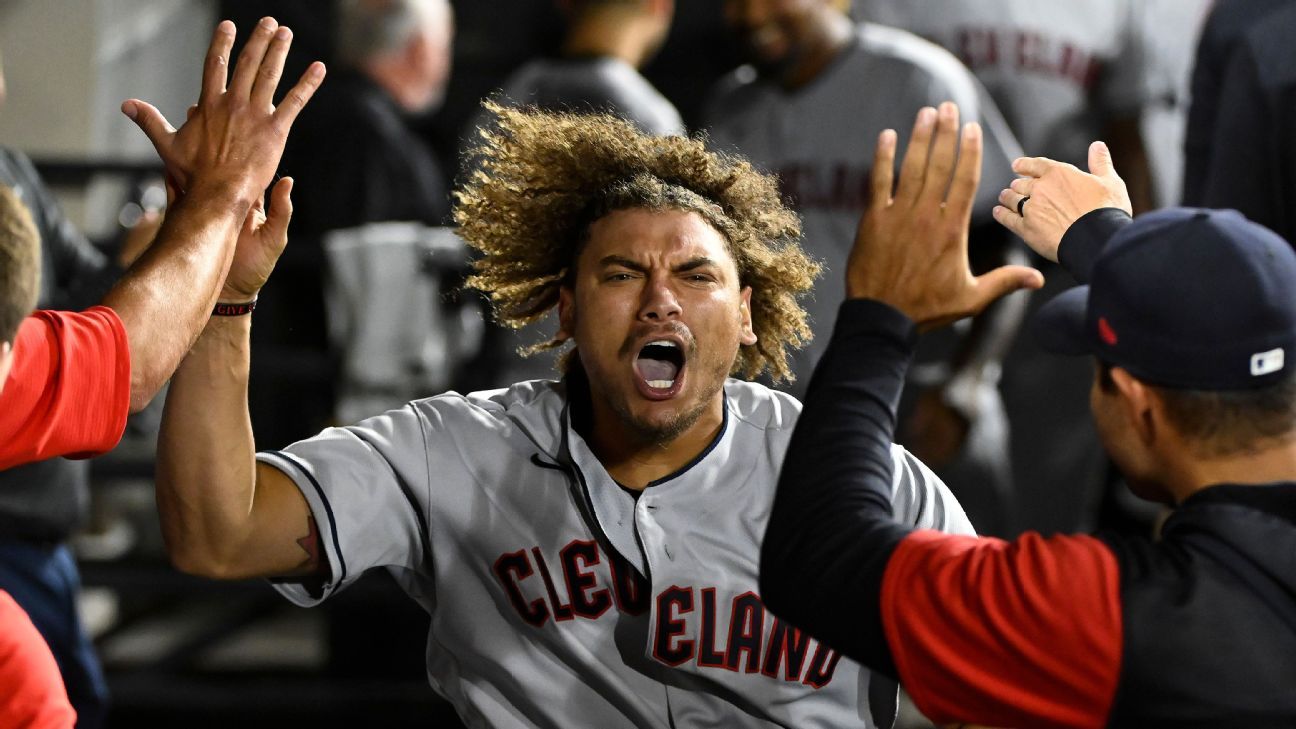 MINNEAPOLIS — Cleveland Guardians first baseman Josh Naylor was added to the team’s COVID-19 injured list on Friday, marking the first player to be sidelined by the team’s recent outbreak.

Cleveland’s game at the Chicago White Sox on Wednesday was postponed because of COVID-19 concerns, and the team was off Thursday. Pitching coach Carl Willis was slated to run the team Friday night at Minnesota after manager Terry Francona was among several coaches placed in health and safety protocols.

As of Friday, Naylor was the only Guardians player on the COVID-19 list.

“We’ve had dozens of tests over the last few days,” general manager Chris Antonetti said. “We’ve been following the guidance of both MLB protocols and recommendations from our medical personnel to determine our testing.”

Naylor has been one of the team’s best hitters so far this season, batting .347 with five homers and 22 RBI in 20 games.

“He’s been swinging incredibly well since the start of the season, so we’re going to miss him,” Guardians right-hander Shane Bieber said of Naylor. “We’ll look for a few guys to step in and hopefully fill his shoes and just make the most of it.”

Under the current guidelines, Naylor will need to be out either 10 days from the onset of symptoms or until receiving two negative tests, per Antonetti. That means the members of Cleveland’s coaching staff who were sent home this week will not rejoin the team in Minnesota.

Francona, who has dealt with several health issues in recent years, is resting in Cleveland.

“He’s hopefully on the path to recovery,” Antonetti said.

In addition to Willis serving as acting manager, John McDonald will fill in as the first-base coach while Kyle Hudson temporarily takes over the third-base coaching duties. Mike Barnett will serve as Cleveland’s bench coach.

“I told the players, we just want them to play it the right way,” Willis said. “We’re not going to get in their way, but we’ll make decisions as we have to and we’ll go ahead and go forward.”

Willis says he has been in constant contact with Francona, who gave input on Friday’s lineup.

“Unfortunately there’s been a surge throughout the country, and also if you look around Major League Baseball, there have been a number of instances with managers, coaches and players that have had to go on the COVID IL recently,” Antonetti said. “I think that’s just a sign of what continues to happen and the recognition that the virus continues to impact the country, and Major League Baseball isn’t immune to that.”

‘You never know what to expect:’ Why Cale Makar continues to fluster opponents
Why Draymond Green is at the top of his defensive powers
MLB scolds clubs over subpar facilities for women
Trailing 2-1, Udoka’s Celtics staying ‘level-headed’
Shastri: ‘Pressures of captaincy’ may have cost Mayank Agarwal a spot in India’s squad