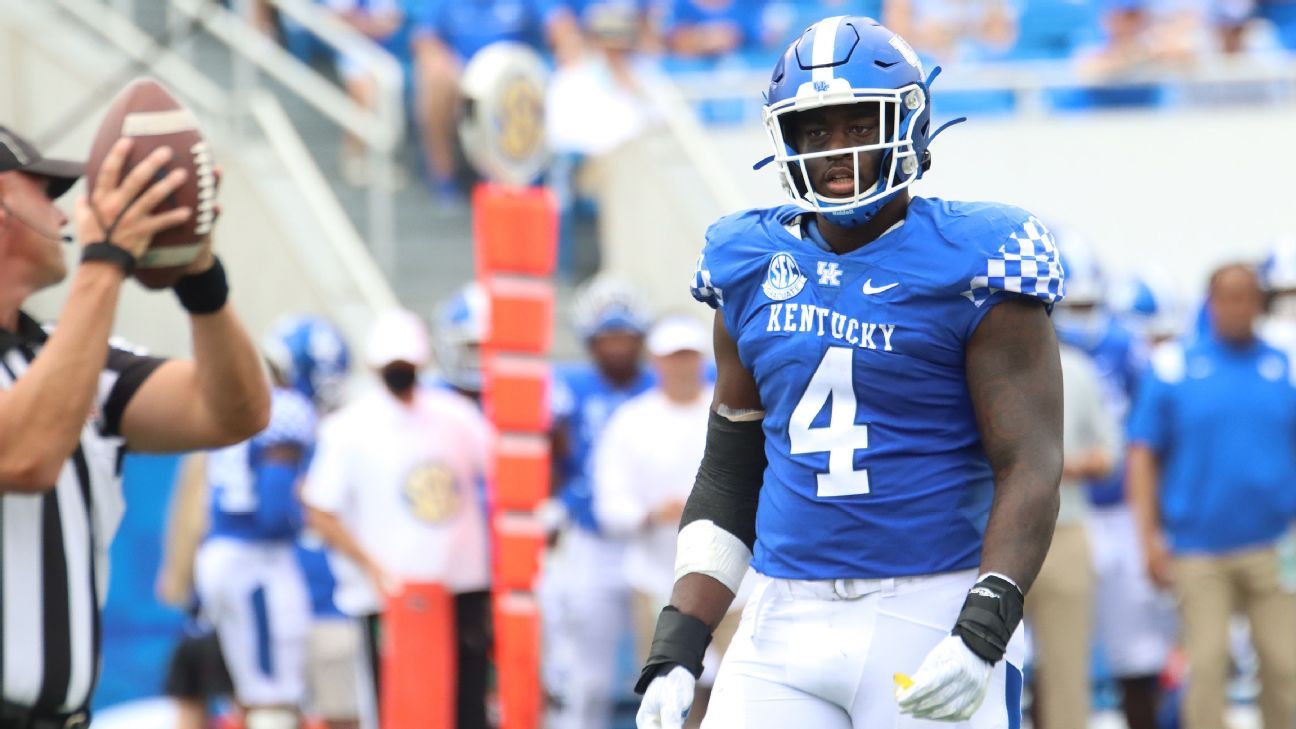 It’s the most wonderful time of the year — Rivalry Week! That’s right. It’s the last week of the regular season, and we’ve got rivalry games all over the place, which always puts an exclamation point on the season. Can Jim Harbaugh finally beat Ohio State? Can Oklahoma State take another step toward the College Football Playoff by taking down the Sooners?

There’s a recipe for beating every team. Granted, for some it’s basically “Butter the bread, place in skillet, put cheese on each slice,” and for others it’s the most complicated dessert in “Mary Berry’s Baking Bible.” But a recipe exists all the same.

We explored the Beating Georgia recipe a couple of weeks ago, and since Ohio State’s domination of Michigan State last week made the Buckeyes feel inevitable — and since most recent OSU-Michigan games have left us with the same feeling — it’s time to do the same for the Buckeyes.

Ohio State has obviously rounded into form. Head coach Ryan Day shuffled defensive playcalling responsibilities after a Week 2 loss to Oregon, and the Buckeyes have allowed just 15.4 points per game over their past eight contests. Meanwhile, their offense has easily been the best in FBS. When the receiver trio of Garrett Wilson, Jaxon Smith-Njigba and Chris Olave is dialed in, you’re left with choices like “I don’t know, maybe try to force them to run the ball?” Then you remember that TreVeyon Henderson and Miyan Williams average 7.4 yards per carry. Read more from Bill Connelly’s Week 13 preview (ESPN+).

Plays of the day

We don’t really understand how Garrett Wilson scored this, so we’ll just be watching it over and over again.

RUTGERS BLOCKED THE EXTRA POINT AND RETURNED IT ALL THE WAY BACK FOR TWO 🤯 pic.twitter.com/vkZc3QYkvw

It’s not what you want

So, Liberty tried to catch Army off guard with this trick play, and well, did not.

Liberty kicker Max Morgan attempts to fool Army with a pass instead of a kick, but his throw is intercepted by the Black Knights.

And Florida’s attempt also failed, but is considerably worst since it’s against rival FSU.

A play after intercepting Florida State, Florida’s trick play falls into the hands of Seminoles DB Jammie Robinson for an interception.

Scene in the stands

They definitely got into in argument on the way home, right?

Florida Man — displeased with the Gators.

Who knew Florida and Florida State fans could come together?

Alas, things on the field are still a bit testy.

Florida and Florida State players nearly break out into a scuffle on the field prior to their heated rivalry match.

Note to referees: Don’t do this.

Field stormings are all the rage this year. But Friday night brought out something we’re not sure we’ve seen before. Rushing the field as the road team. That’s what Washington State did after routing rival Washington 40-13 in the Apple Cup. Hope the Huskies don’t get fined for this one.

Ohio State is always going the extra Xile whenever it faces Xichigan.

And yes, the Buckeyes are Xaking sure they’re having some fun.

This is the best, or the worst, depending on whether you’re an Army or a Navy fan.

This doesn’t bode well for their military careers. Probably won’t even pass land nav at assessment. Thoughts and prayers for soldiers who get these Cherry LTs

It’s all fun and games

Arkansas got back on its top-level trolling, and had some fun with the win over Missouri.

And Reese has decided Alabama is going to win the Iron Bowl.

During the biggest game of the year, one Michigan fan took a bigger chance than going for it on fourth down. And she said yes!

We have a proposal on the field before the game pic.twitter.com/ZGOuYpP5f0

NIL deal of the week

Josh Paschal, defender of decay, coming to the rescue.

It’s been great working with Steckler Pediatric Dentistry (@kykidsdentist) and the kids in the community with their oral health! I am the #DefenderOfDecay! @creativecaddie #ad pic.twitter.com/HT8OGg2Bx2

For more on perhaps the NIL deal of the year, check this out.

And Lee Corso’s pick is …

Lee Corso makes his headgear pick for the Big Ten rivalry matchup between No. 2 Ohio State and No. 5 Michigan.

For all the best signs, check this out.

Miami is going with this classic ensemble.