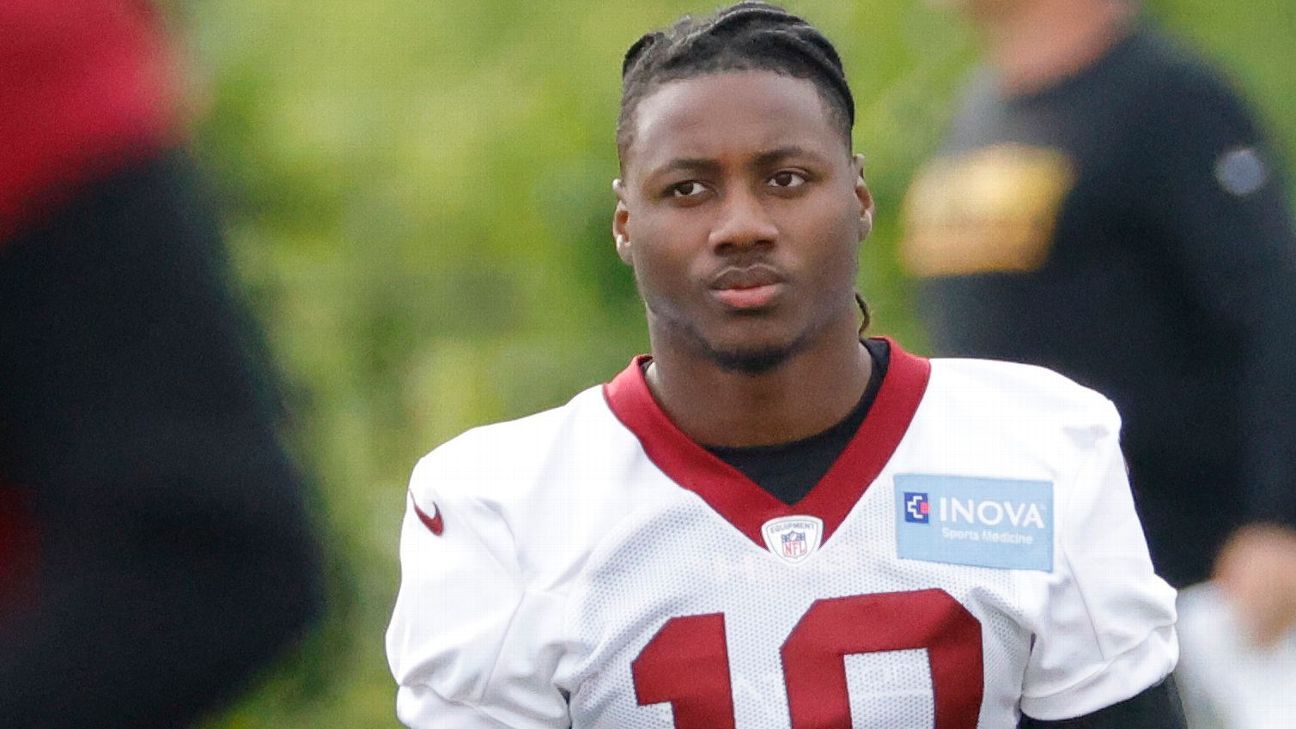 ASHBURN, Va., — Washington Football Team receiver Curtis Samuel was ruled out of Sunday’s game with a groin injury that could lead to a longer absence.

Adding to the concern: receiver Terry McLaurin was a new addition to the injury list Friday with a hamstring injury. He was concerned about tightness in his hamstring and did not practice and is questionable, though coach Ron Rivera said McLaurin didn’t practice out of an “abundance of caution.”

“We’ll see how he is on Monday,” Rivera said. “A lot of things will hinge on how he feels. The last few days have been good days for him.”

Samuel played the past two weeks against the Atlanta Falcons and the New Orleans Saints. However, he was limited to four first-half snaps vs. the Saints before eventually being ruled out for the game. Samuel did not practice this week, though he did work on a side field with trainers. But he was not on the field Friday.

Samuel has dealt with the groin injury since late spring. He opened training camp on the physically unable to perform list then was placed on the COVID-19 list, causing him to miss 10 days. He was placed on injured reserve Sept. 10, two days before the season opener.

He returned for the Oct. 3 game at Atlanta.

Without Samuel, and backup receiver Cam Sims — out with a hamstring injury — Washington is thin at the position. It has veteran slot receiver Adam Humphries and rookie wideout Dyami Brown as well as DeAndre Carter.

Losing McLaurin would be a huge blow, but Rivera sounded confident in his availability.

“With him, you want to be careful,” Rivera said. “The nice thing is we have two days to make sure everything is fine.”

The one bit of good news for Washington is that Rivera said running back Antonio Gibson was able to do more this week in practice. He has been limited by a shin injury that has yet to keep him out of a game.