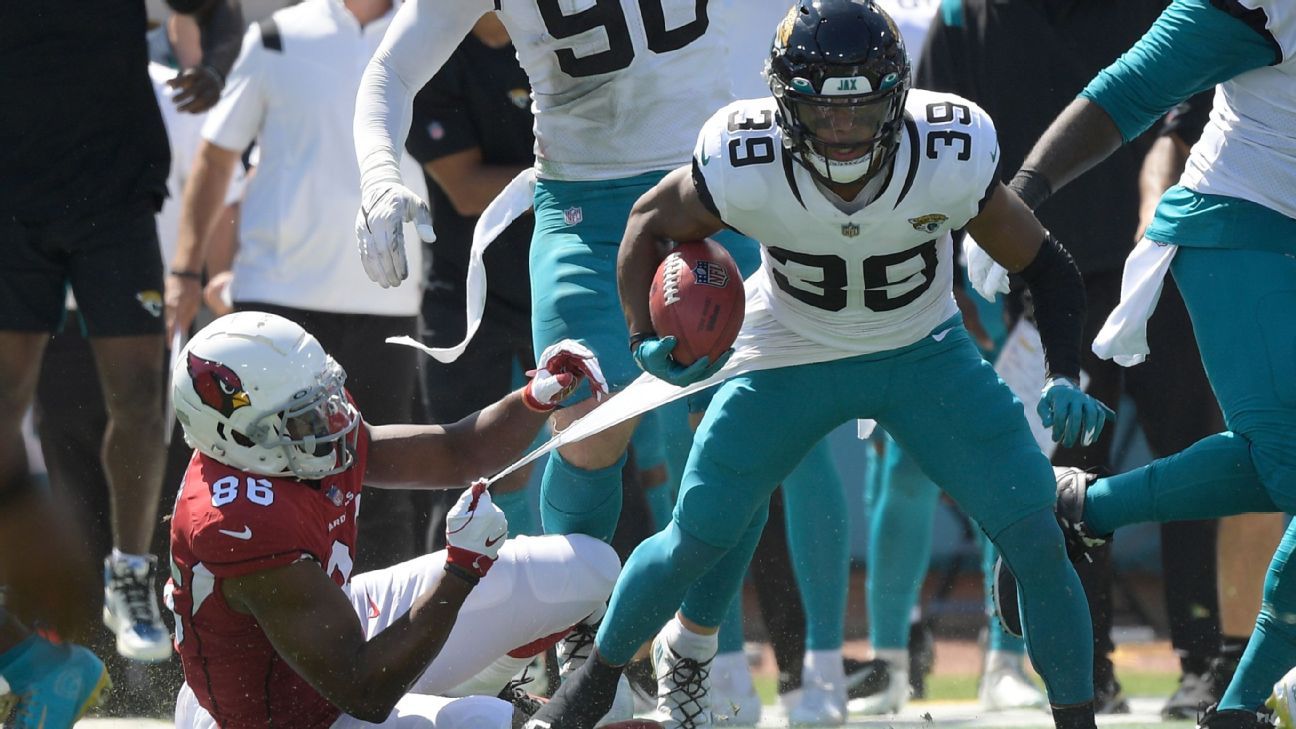 JACKSONVILLE, Fla. — Jaguars kick returner Jamal Agnew now has one of the longest possible plays in NFL history. Agnew returned Matt Prater’s missed 68-yard field goal attempt for a 109-yard touchdown to give the Jaguars a 13-7 lead over Arizona as the first half ended at TIAA Bank Field.

Prater holds the NFL record with a 64-yard field goal set in 2013, when he was with Denver. Cardinals coach Kliff Kingsbury decided to have Prater try a 68-yarder rather than have quarterback Kyler Murray throw a Hail Mary with two seconds remaining in the first half.

The kick was short, and Agnew caught it with his feet just in front of the end line. He headed up the left sideline and broke tackles by Max Garcia and Demetrius Harris between his own 20- and 40-yard lines, picked up key blocks by Malcom Brown and Josh Allen, and Allen, Lerentee McCray and Shaquill Griffin escorted him the final 30 yards for the score.

Agnew’s return is the third 109-yard touchdown in NFL history. Cordarrelle Patterson returned a kickoff in 2013, and Antonio Cromartie returned a missed field goal attempt in 2007. Cromartie also had the NFL’s last kick-six.

Agnew also had a 102-yard kickoff return in Week 2, and now he’s the ninth player in NFL history with multiple 100-yard returns in the same season. Patterson was the last to do it (2013).

Titans’ Jones to return vs. Bills on Monday night
How Alexander Volkanovski survived Brian Ortega’s submission attempts at UFC 266
Simeone: I asked Suarez if Messi would join Atletico
‘System is a bit of a joke’: Brad Riddell joins CKB inequality chorus
Maple Leafs tops NHL’s most valued list at $2B