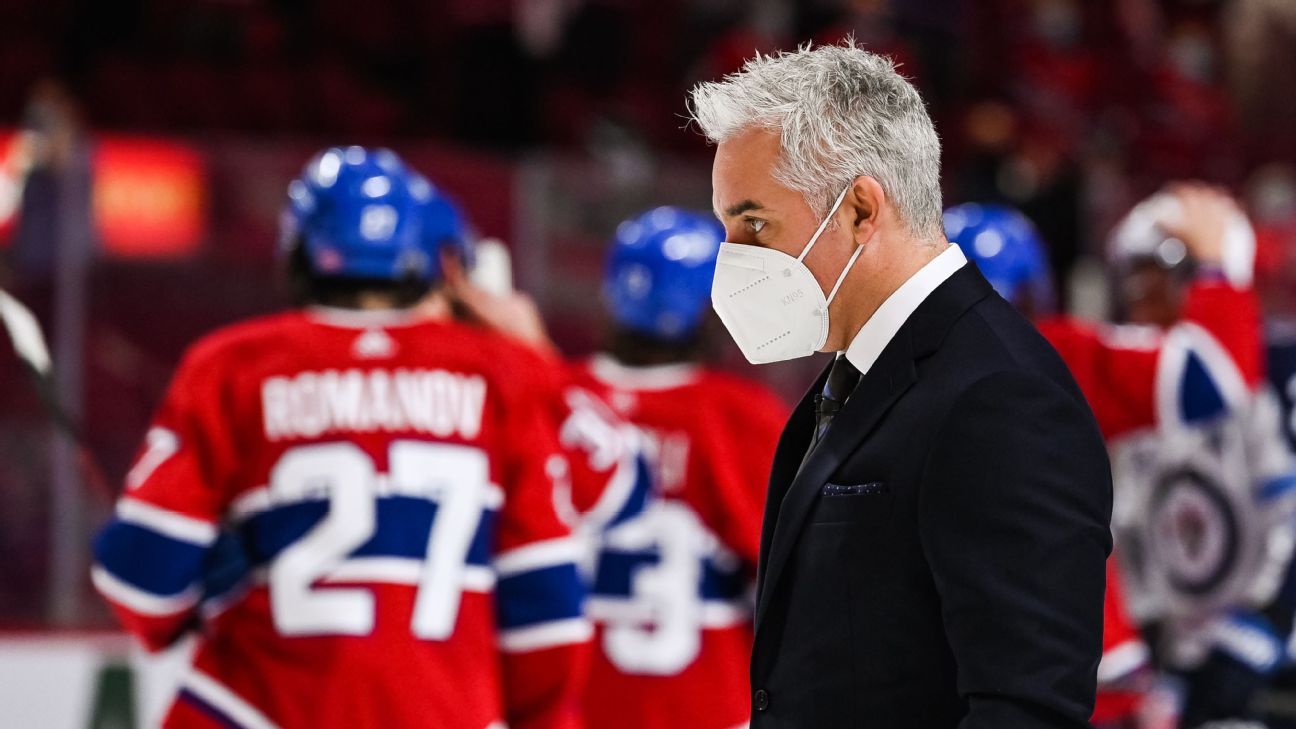 The NHL said that no other players or staff members on the Canadiens tested positive either Thursday or Friday. Montreal went up 2-1 in its semifinal series against Vegas with a 3-2 overtime win on Friday night.

General manager Marc Bergevin said the coach is resting at home and doing fine. The NHL confirmed that Ducharme received his second COVID-19 vaccination “less than two weeks ago.”

Since it is an unprecedented situation for the NHL during the playoffs, Bergevin said the team has been in contact with the Quebec health department, as well as the NHL, to determine how long Ducharme will be absent.

Ducharme tested positive on Friday morning, forcing the Canadiens to cancel his pregame news conference. He underwent further testing, and after a second positive result, he was ruled out for the game.

“We meet in the morning as coaches as we always do,” Richardson said after the game. “Unfortunately, Graham [Rynbend], our medical trainer, came in and informed us what was going on and Dom had to pack up and leave. That’s the protocol of our situation here this year.”

Friday was the first time a United States-based team has played in Canada this season. The NHL recently worked out an exemption with the Canadian government to waive the mandatory 14-day quarantine for crossing the border, promising teams would travel on charter flights, only go to the hotel and rink, and not interact with the general public. The agreement also mandates daily COVID-19 testing.

“Obviously it was very difficult,” forward Josh Anderson said. “You never want to see that situation. I think most of us were pretty confused, too, with us staying in such a tight bubble, and not going outside.”

“Things went fast, and maybe that’s better off,” Richardson said. “We didn’t have a lot of time to think about it.”

“I feel like we’ve always responded well to the adversity,” goaltender Carey Price said. “Tonight was just another example of that. Not having Dom behind the bench was just another twist that we were going to have to deal with. I thought our assistant coaches did a great job of stepping up.”

During the season, a person with a confirmed positive COVID-19 result had to remain out for at least 10 days. A potential Game 7 of the Vegas series is scheduled for June 26, less than 10 days away.