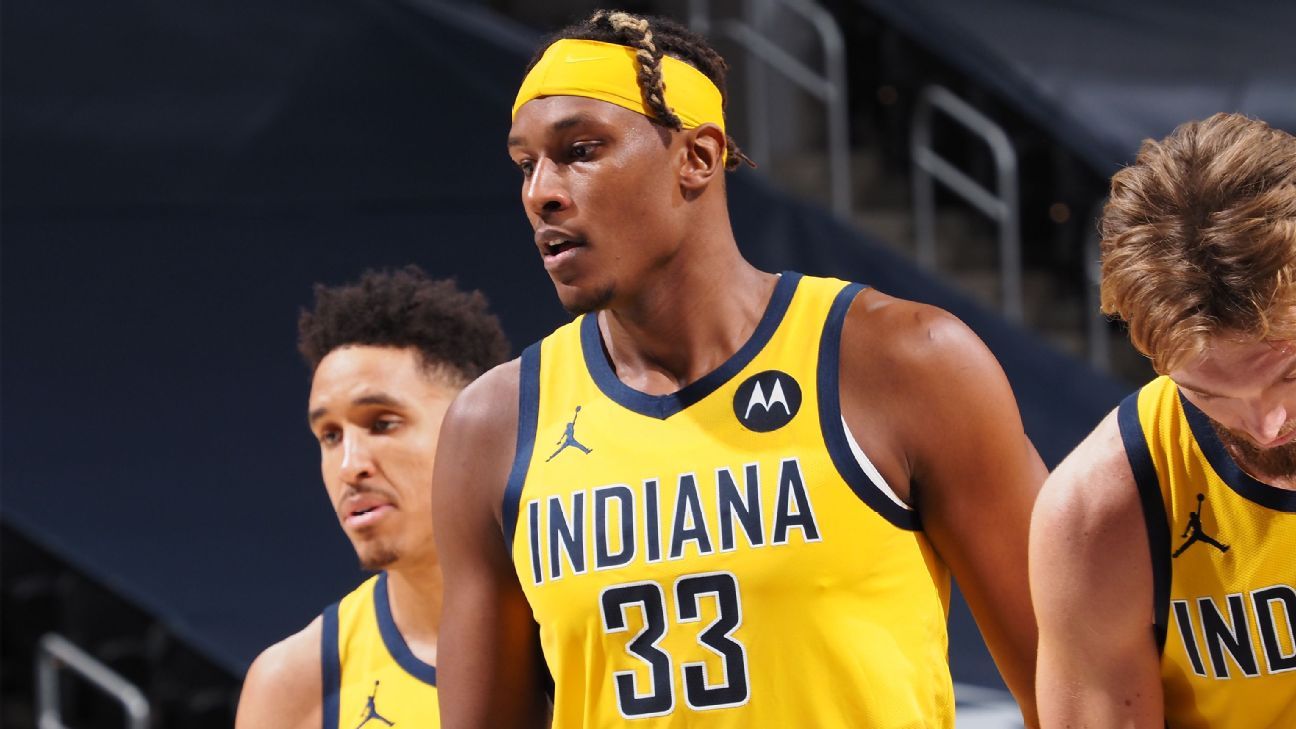 Indiana Pacers center Myles Turner is out indefinitely due to a partial tear of his plantar plate in the big toe of his right foot.

An MRI on Monday revealed the injury, according to a statement from the team.

Turner, 25, averaged 12.6 points and led the league with 3.4 blocks per game this season. The Defensive Player of the Year candidate is under contract through the 2022-23 season.

The Pacers have dealt with extended absences from their core players from the start of the season, when T.J. Warren went down with a stress fracture in his left foot.

Indiana also lost Victor Oladipo in a trade for Caris LeVert back in January. LeVert then went on to miss two months after having a small cancerous mass on his left kidney removed.