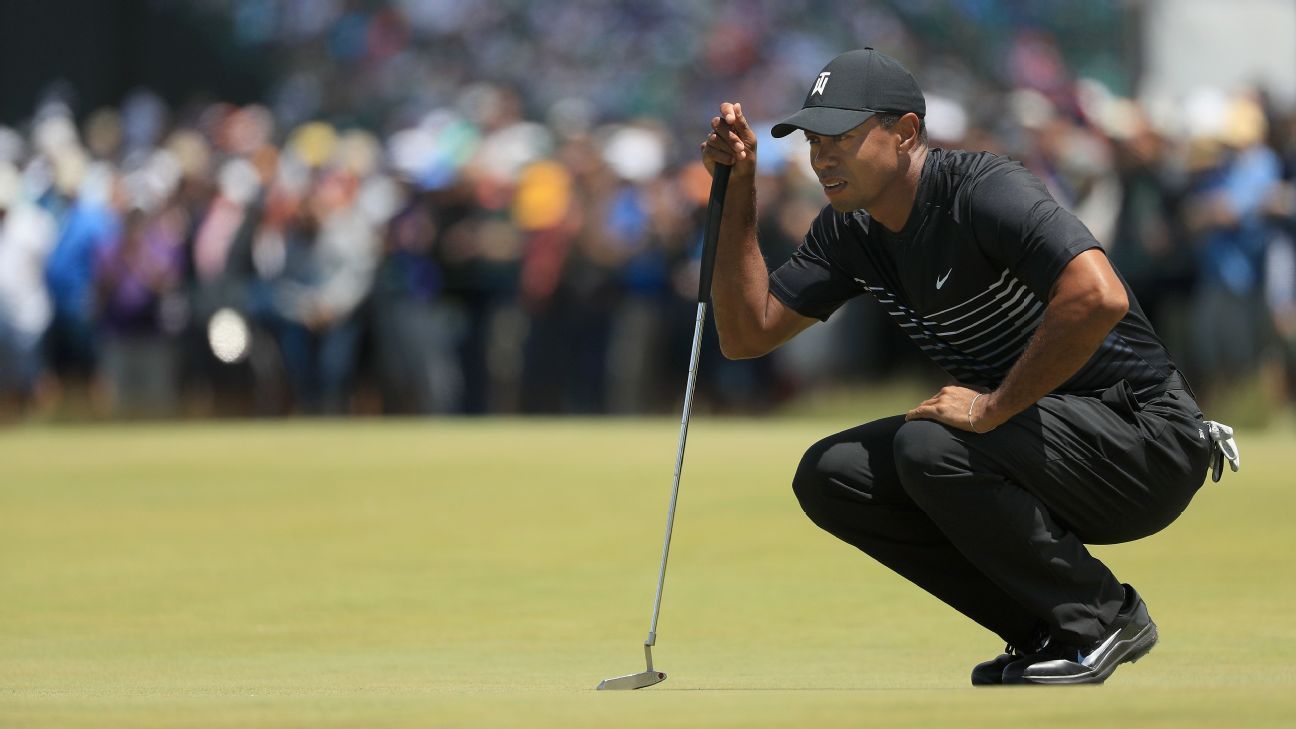 The PGA Tour heads to Ohio this week for the WGC-Bridgestone Invitational.

Our ESPN and FantasyGolfInsider experts have picked the players they believe have the skills to succeed and provide big fantasy point totals.

Coming off a tie for second at The Open, McIlroy has had good success at Firestone, where he won in 2014 and also has four other top-10 finishes at the tournament. Heavy rains are expected to soften the course, which also helps McIlroy’s cause. — Bob Harig

As Samuel L. Jackson said in the first Jurassic Park, “Hold on to your butts.” TW qualifies to play in the last WGC event at Firestone’s South course, which in 1960 Arnold Palmer called a “monster” (the nickname is still The Monster); Woods has won here eight times. Looking at the progression Tiger has made since that first start at the Hero World Challenge, it’s both unimaginable to think he could win this fast and unimaginable to think he won’t win this fast. We’re about to find out what happens after Woods gets that first win in this comeback… say it again Samuel! — Michael Collins

Quite the bounce-back from Casey last week from The Open to the Porsche European Open. Obviously, the class of the field wasn’t the same, but there were some big names in Germany last week and Casey turned in three rounds of 69 (nice) before a final round 73 which resulted in him finishing three shots back of first time Euro winner Richard McEvoy. Casey’s ball striking and off the tee game is strong, but you can’t fake it around this course so if any part of his game is off it’ll show, but I’m not ready to full fade him which is why he’s in this section. — Taras Pitra

Players who have played well at Firestone in the past, typically tend to play consistently well year after year. Hoffman has not finished outside the top half of the field in any appearance of the last decade in this event. Last year he managed a 3rd place finish. Strong play in 2018 has him up to No. 34 in the world and has finished in the Top 30 in each of his last five events. In looking for value in the $7,000 range, Hoffman appears to be one of the best options and has been trending nicely. According to our rolling stats tool Hoffman ranks 15th in strokes gained tee-to-green and 13th in strokes gained approach over his last 12 rounds played. His floor makes him a good cash game play this week and his ceiling makes him a strong GPP play. — Jeff Bergerson

Although he’s a poor putter and always will be, Chappell has found success at Firestone thanks to his strong game from tee-to-green, picking up a T13 and T3 in his only two times here. He’s had a middling year on Tour with six missed cuts (out of 18 events), but he’s grabbed four top-10s and is coming off a T6 at Carnoustie. The length of Firestone helps Chappell in a big way, as he ranks well in Driving Distance, and he’s gaining strokes off the tee in a big way. While his accuracy off the tee isn’t fantastic, his play out of the rough when approaching the green has been strong, just +3 in the 142 attempts out of the rough. His overall GIR percentage isn’t great, but his approach numbers have overall been solid. His putting will be a concern as mentioned, but Chappell performs better on bentgrass (or poa) than on Bermuda, which will be a marginal help. — Adam Daly

Experience seems to pay dividends at Firestone Country Club and while Scott cannot always be counted on when there is a cut involved, this week, the pressure is off as we will certainly get four full rounds out of Scott which puts him squarely in play at the below average salary of $9,500 on FanDuel this week. Although Scott has been a little erratic this season, he’s a former winner at this event and has six top-15 finishes here in his last eight starts. It’s been the usual story for Scott again this season as his tee-to-green game remains sharp, but his putter is still ice cold. Fortunately, this is not a course where players score easily so merely being in position and avoiding mistakes should allow Scott to hang around the top-15 again this week. — Zach Turcotte

Noren arrives at Firestone Country Club in outstanding form in what will be the final PGA TOUR stop here before this WGC event relocates to TPC Southwind in 2019. Noren finished T17 at The Open Championship last time out, and prior to that won the HNA OPEN DE FRANCE over on the European Tour. Overall, the Swede has six straight worldwide top-25 finishes dating back to THE PLAYERS Championship in mid-May. His game is well suited for the difficult task at Firestone as evidenced by his T28 finish last year. That should be all the experience he needs to be a threat to win the tournmanet this year. Noren’s $9,900 FanDuel salary presents a solid value with the upside for finishing points as well. — Erik Dantoft