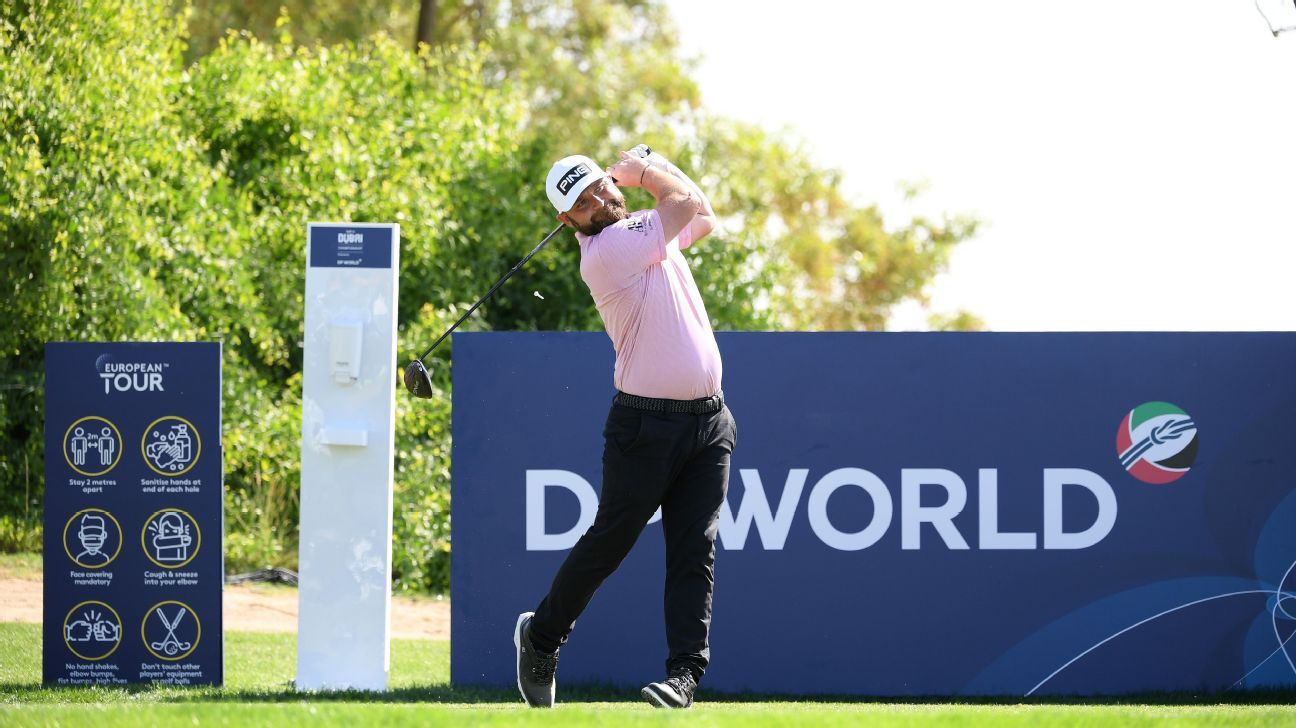 England’s Andy Sullivan shot a bogey-free 11-under-par 61 to set a course record and lead by two shots after the first round at the Golf in Dubai Championship at Jumeirah Golf Estates on Wednesday.

Sullivan recorded 11 birdies and briefly looked set to match compatriot Oliver Fisher‘s European Tour record of 59 at the Portugal Masters in 2018 before he finished the last two holes on par at the Fire Course which made its European Tour debut.

Starting on the back nine, Sullivan had six birdies at the turn as he raced up the leaderboard and eventually finished the day ahead of Frenchman Antoine Rozner and Englishmen Matt Wallace and Ross Fisher, who were all tied at nine-under-par.

“It’s funny, I played the front nine yesterday and I played the back nine a year ago when we came over to warm up, you do all this prep on these courses and try and work out where to hit it,” Sullivan, 34, said.

“This week I turned up and clattered it down and found myself being ridiculous under par through seven or eight holes on my front nine. You think, ‘here we go’.

“COVID-19 really changed everything for me. I refocused and started enjoying it again. I’ve started to play a lot better. Going out there and enjoying it I know I’m giving myself the best chance to shoot a low score.”

Scotland’s Craig Howie and Marc Warren and Sweden’s Oscar Lengden are tied for fifth a shot further back.