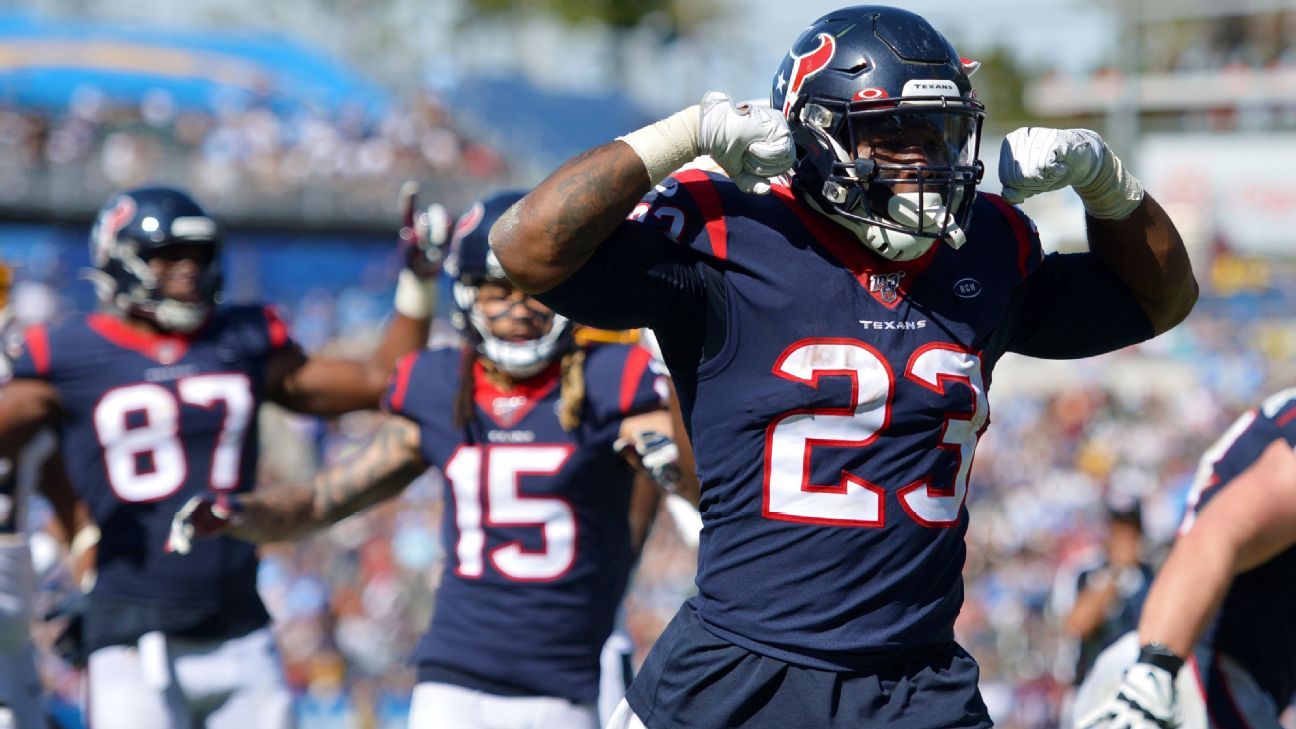 The Seattle Seahawks and running back Carlos Hyde have reached an agreement on a one-year deal, a source told ESPN’s Adam Schefter on Friday.

Hyde, who turns 30 in September, scored six touchdowns and ran for a career-best 1,070 yards on 245 carries for the Houston Texans last season and played in all 16 games for the second time in his career.

However, he and fellow back Lamar Miller both hit free agency and the Texans went on to acquire David Johnson from the Arizona Cardinals in a blockbuster trade for wide receiver DeAndre Hopkins.

The Texans acquired Hyde from the Kansas City Chiefs last year in a trade on cutdown day in exchange for offensive lineman Martinas Rankin. Houston made the move a week after Miller tore his ACL in Houston’s third preseason game.

Over the past three seasons, Hyde has played for the San Francisco 49ers, Cleveland Browns, Jacksonville Jaguars and Texans.

He has 5,079 total yards and 35 total touchdowns in six seasons.