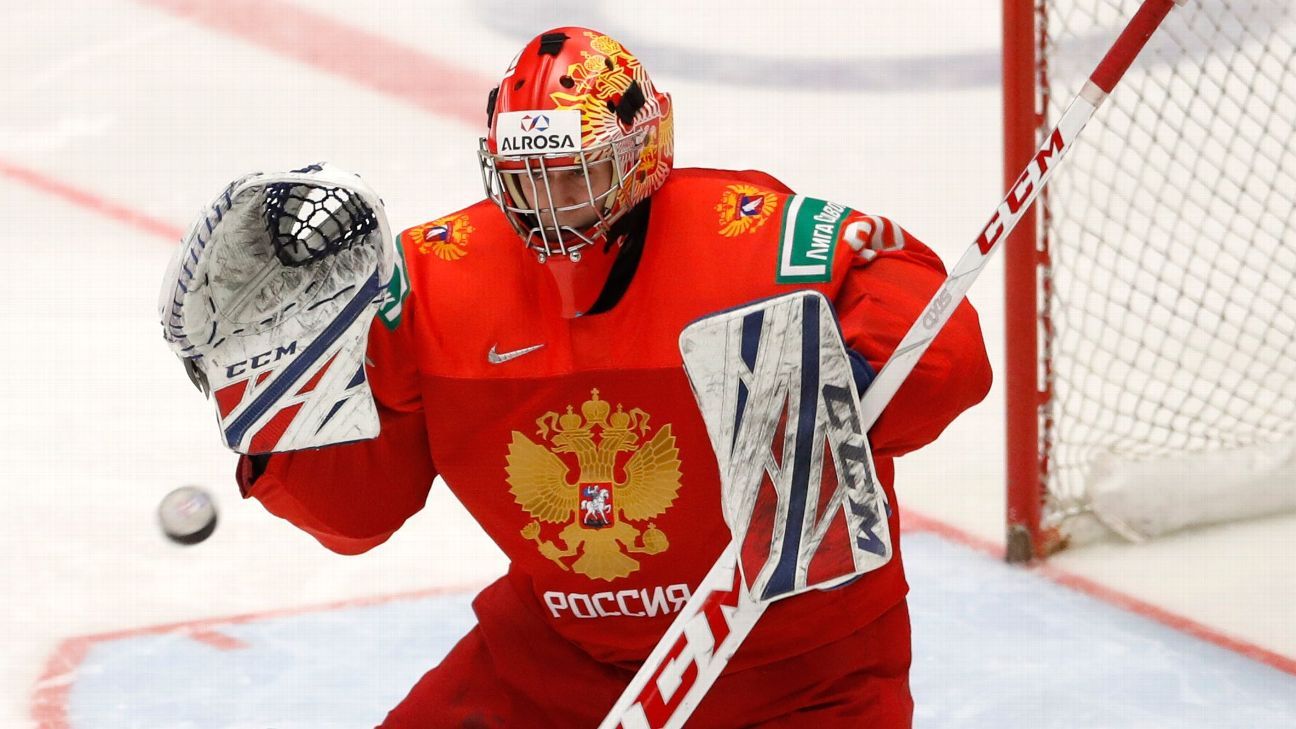 Yaroslav Askarov is special. Any goaltender who can be comfortably projected to go in the top half of the first round anymore is. But 2020 NHL draft prospect Askarov stands out even among those few for so many reasons.

The Omsk, Russia native has been described by some as the best goalie prospect since Carey Price, who went fifth overall in 2005 to the Montreal Canadiens. In fact, he very well could be the highest goaltender selected since Price, as a frequent top-10 projected goalie and No. 7 on my most recent top 100 overall prospect ranking.

It’s almost a lock that Askarov will be the highest selected Russian goaltender in NHL history and only the third Russian to be the first goalie off the board, beating out Andrei Vasilevskiy, who went 19th overall in 2012 to the Tampa Bay Lightning. The number of Russian netminders continues to grow in the NHL, with Vasilevskiy winning the most recent Vezina Trophy, Florida Panthers goalie Sergei Bobrovsky becoming one of the highest-paid netminders in the league, Igor Shesterkin rising as the toast of Broadway with the New York Rangers, and New York Islanders fans salivating over the arrival of Ilya Sorokin. Russian goalies are in the midst of a surge — and the very best of them might be this 17-year-old from Omsk.

Subscribe to ESPN+ to get access to all premium articles, Fantasy tools, plus thousands of your favorite sporting events and ESPN+ originals for just $4.99/mo.