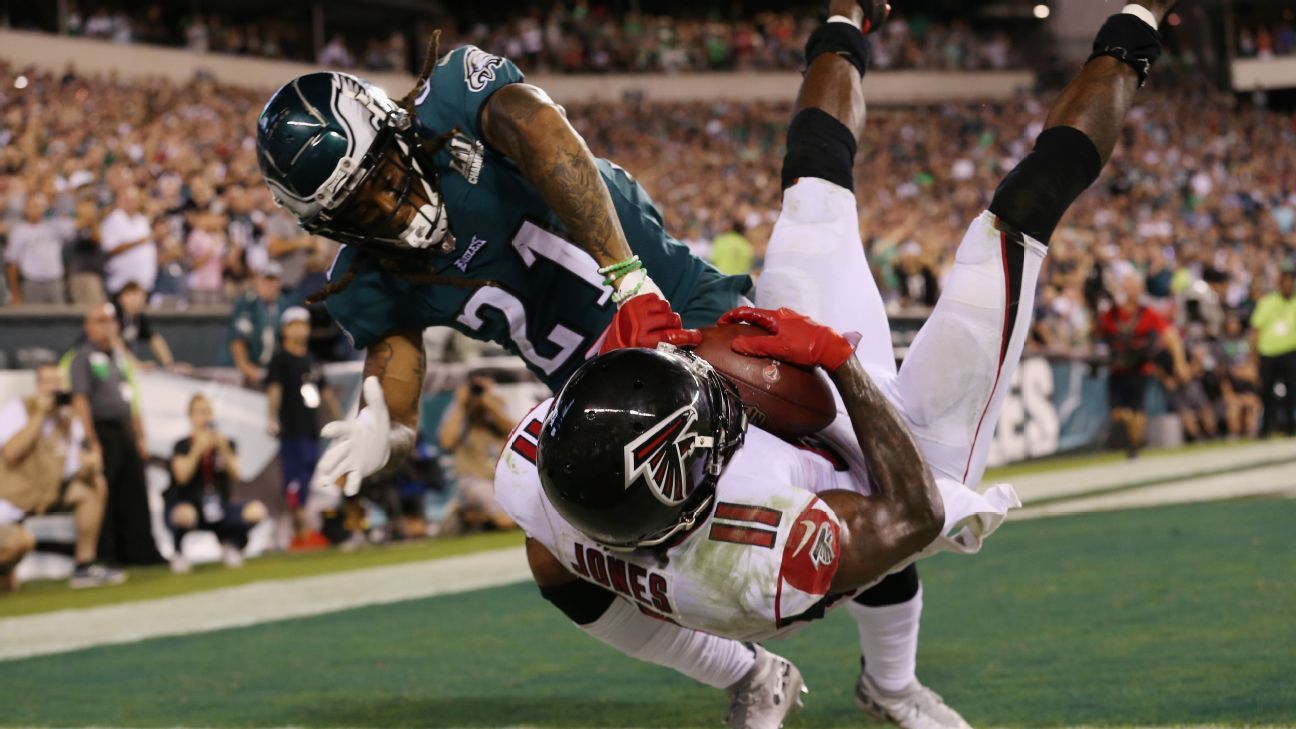 Cornerback Ronald Darby has agreed to a one-year, $4 million deal with the Washington Redskins, a source told ESPN’s Jeremy Fowler.

The Redskins had a vacancy at cornerback after trading Quinton Dunbar to the Seattle Seahawks. Darby is the second notable addition at cornerback for the Redskins, who also signed Kendall Fuller in free agency.

Darby, who turned 26 in January, was arguably the Eagles’ most gifted cornerback during his three years in Philadelphia, which included a Super Bowl run in 2017, but injuries kept him from being a consistent force.

He missed 28 of a possible 48 games over the past three seasons, including eight games in 2018 after tearing an ACL. He returned for the start of this past season but was in and out of the lineup and finished with two interceptions and 11 passes defensed over 11 games.

A second-round pick of the Buffalo Bills in 2015, the 26-year-old Darby started 29 of 32 games during his two years with the Bills. With 21 passes defensed and a pair of interceptions, he finished second in Defensive Rookie of the Year voting behind Marcus Peters.

Darby was traded to Philadelphia before the start of the 2017 season for receiver Jordan Matthews and a third-round pick.

He has eight interceptions and 65 passes defensed in his five seasons.