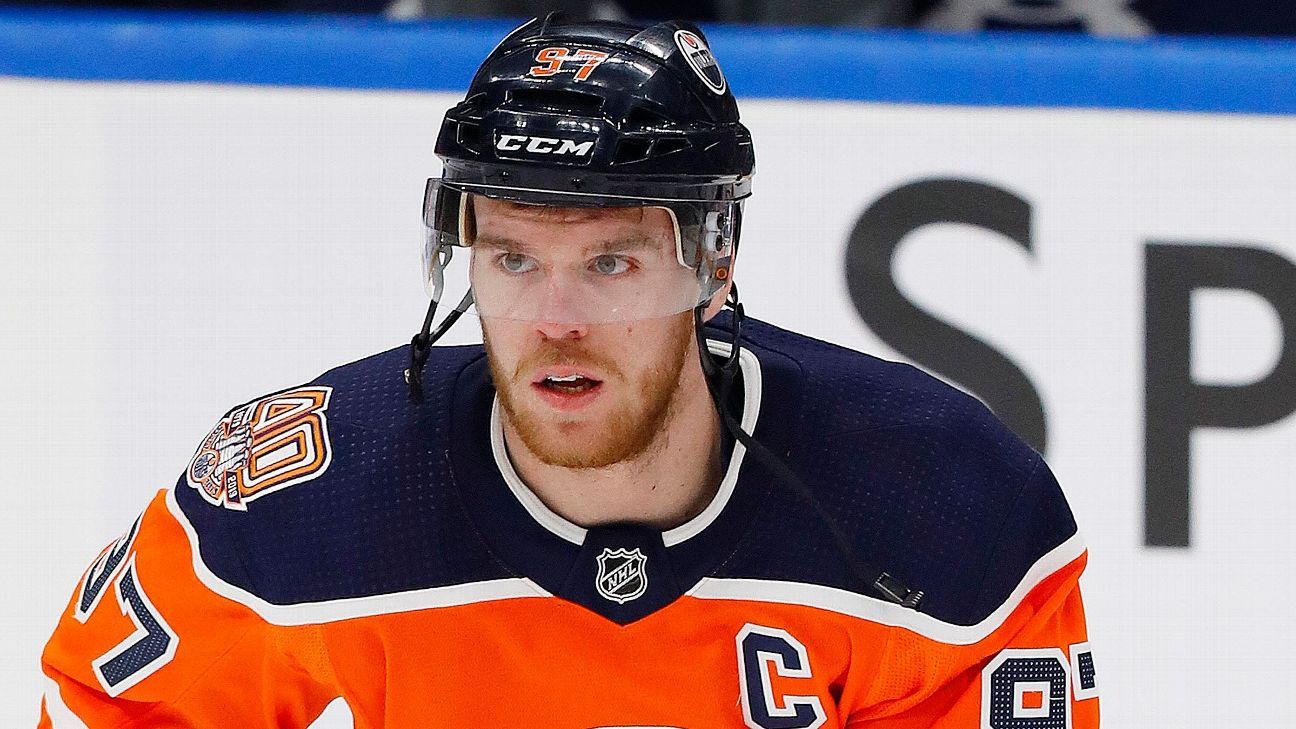 Connor McDavid likes where the NHL paused its 2019-20 regular season due to the coronavirus pandemic. His Edmonton Oilers would be in the playoffs, and have home ice advantage in a first-round series against their rivals, the Calgary Flames.

“I think (the standings) look pretty good right now,” he joked in a video conference call on Friday. “But you want a fair season. And a fair season is a full season. If we can do that, I think that’s something we’d obviously prefer.”

It’s also something a few of his Pacific Division rivals would prefer. When the NHL postponed its regular season on March 12, the Vancouver Canucks were tied with the Nashville Predators at 78 points in 69 games, but Nashville would win the tie-breaker for the last wild-card spot in the West.

“Either go by points percentage or play some more regular-season games,” said Vancouver center Bo Horvat, when asked for his preferred format for a season restart. “Obviously, to make it completely fair, you’d want to play more regular-season games and have more games to get in. But if we’re going to start playoffs right away, definitely by percentage, that would put us in. But it’s tough to make that call.”

It’s an even tougher call for the Arizona Coyotes. They’re four points out of a playoff spot after 70 games. They have a .529 points percentage. Under either formula, they’re not a playoff team. So players like defenseman Oliver Ekman-Larsson are hoping for a regular-season restart.

“I think it’s fair to start where we left off here. It would be good for the playoffs too, to get those games going again. It would benefit all of us,” Ekman-Larsson said.

Since the season was paused, players have exchanged different playoff format ideas among themselves while the NHL hierarchy has done the same.

“I’ve thought a lot about this,” said Flames defenseman Mark Giordano. “In a perfect world, you want to play a full regular season and whoever gets in, gets in. But I don’t think realistically we’re going to have that time.”

“You can’t eliminate teams that are in on points percentage. I think you go 12 and 12 (in each conference). More teams get in this year. Maybe a couple byes at the top, and play it out,” Giordano said.

Whatever the playoff format, the quality of that postseason is something the players are curious about. The season restart could come after months of the players being restricted from using the team’s training facilities or rarely getting a chance to skate. McDavid is wary about jumping into playoff intensity after that layoff.

“I don’t think we can just step into the playoffs and Game 1, it’s Calgary coming to Edmonton, and guys are running around trying to kill each other that haven’t played for two months. It’ll end up the (AHL) Stockton Heat vs. the Bakersfield Condors if that’s the case. We want to keep the guys healthy,” he said.

But the layoff has another benefit: allowing players who were out of the lineup due to injuries to heal up and be ready for the playoffs whenever they begin.

“If we can ever get back to playing, it’s going to be one of the best playoffs ever. You’re going to be playing the best version of every team,” Giordano said.