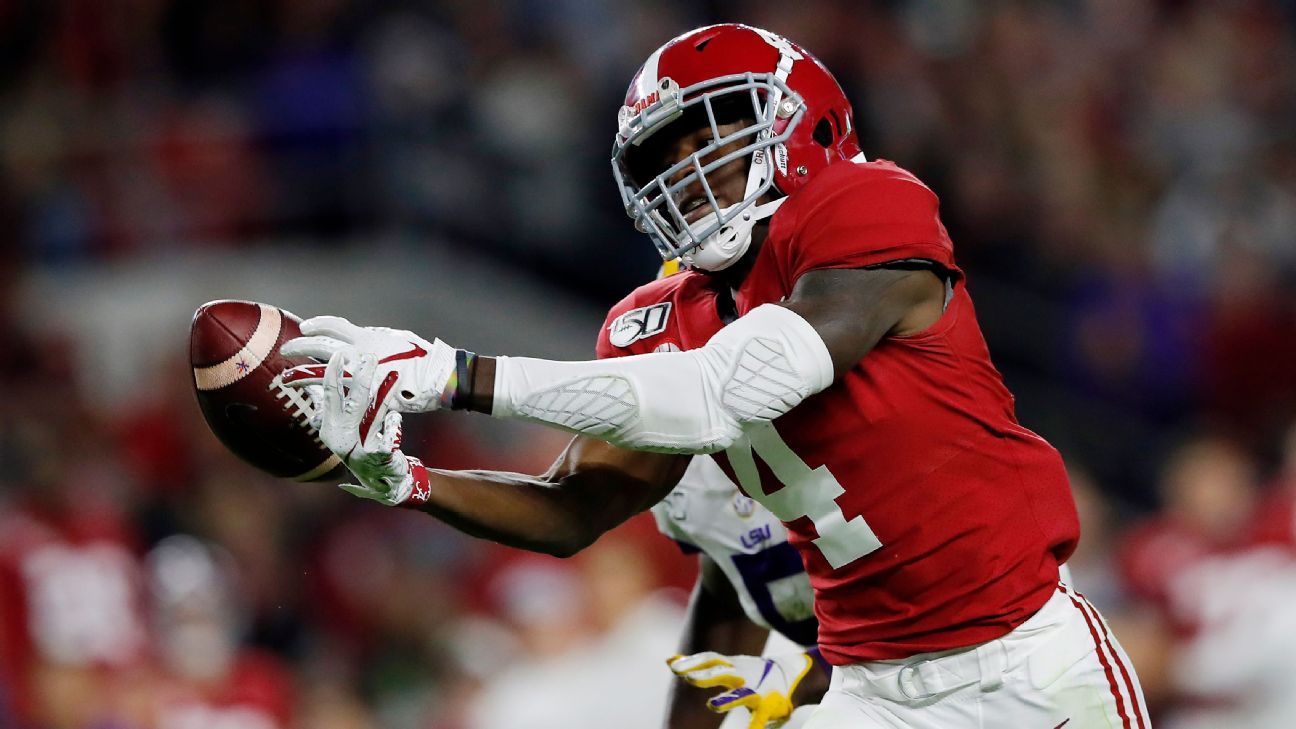 The on-field workouts begin Thursday at the NFL’s scouting combine inside Lucas Oil Stadium in Indianapolis.

A look at what you need to know:

The record holders: Former University of Washington wide receiver John Ross — now with the Cincinnati Bengals — set what is considered the record for the 40-yard dash in the combine’s electronic timing format that began in 1999 with a 4.22-second effort in 2017. Bo Jackson’s hand-timed 4.12 in 1986 has long been considered the best combine 40 time.

At the top of the board: LSU’s Joe Burrow and Alabama’s Tua Tagovailoa, the two top quarterbacks in the draft, will not work out at the combine. One of the top tight ends — LSU’s Thaddeus Moss — also will not work out. But a deep group of receivers is expected to rule the day, as scouts say they’re prepared to see plenty of speed and potential for immediate impact in the league.

Who can really help himself: The “other” quarterbacks — those not named Burrow or Tagovailoa — have a chance to get some attention. Utah State’s Jordan Love has compared his own skill set to that of Patrick Mahomes and is trying to convince personnel executives he can add consistency and better decision making along with what many consider to be the strongest arm in the draft class. A player such as Georgia’s Jake Fromm, who has shown quality decision-making with 42 college starts, has to continue to prove he has enough arm to do the job as a pro. All of the quarterbacks in Indy will throw to what is being called the deepest, most talented group of receivers in years.

Don’t miss: Tight end Adam Trautman was a lightly recruited prep quarterback when he went to Dayton, but in an NFL looking for pass-catchers who can put pressure on a defense all over the field, he has a growing fan club. Baylor’s Denzel Mims can also add to a strong week at the Senior Bowl in a crowded group of wideouts. Former Oklahoma/Alabama quarterback Jalen Hurts has done nothing but win games and pile up touchdowns, and yet he is still trying to convince some in the league about what he can do behind center. He’ll get another chance Thursday.

More on the combine:

Gritty’s tips on self-isolating, favorite meals, hygiene, and how to stay connected
QBs benefit from joint workouts in California
Marbury trying to get masks from China for N.Y.
F1 teams banned from developing 2022 cars this year
Tiz the Law wins Fla. Derby before empty stands