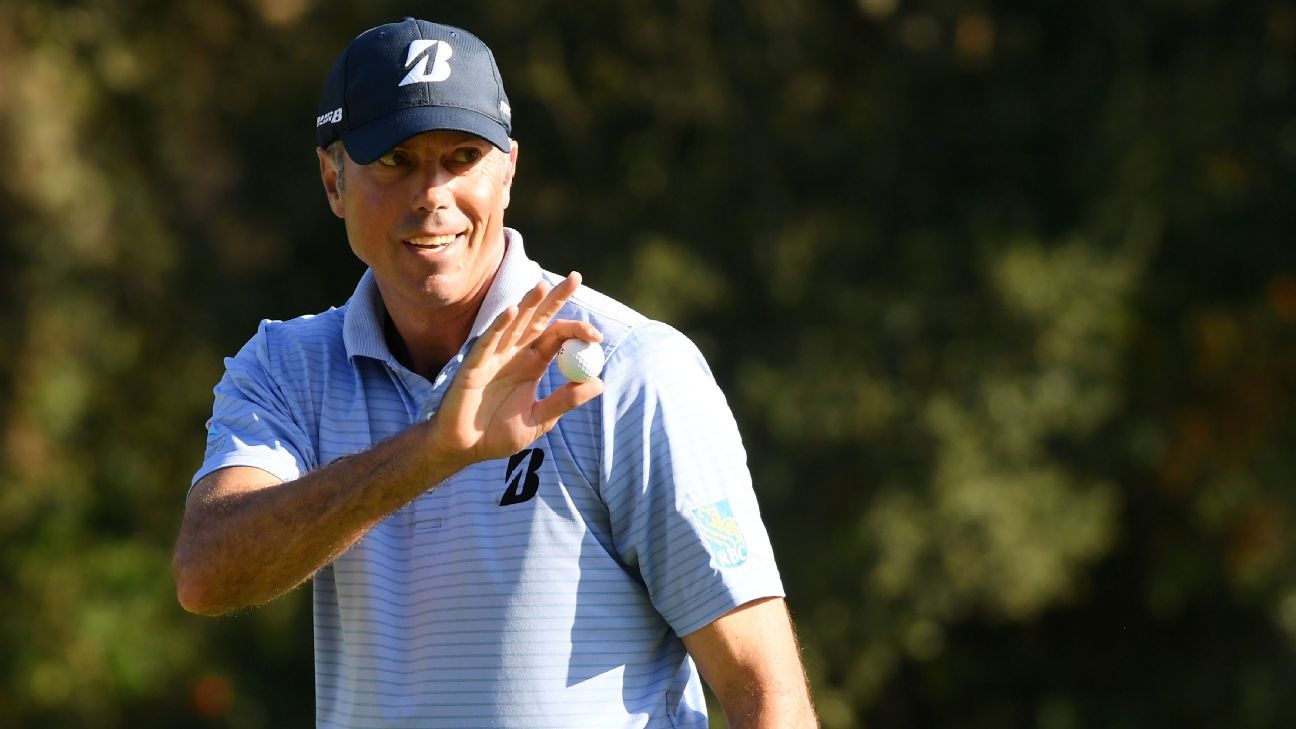 LOS ANGELES — Matt Kuchar made a mess of the easiest hole at Riviera. He couldn’t find the fairway and felt he was on the defensive all afternoon Friday in the Genesis Invitational.

But Kuchar was good enough with the short irons to still manage a 2-under 69, building a 2-shot lead over Rory McIlroy and two others going into the weekend at Riviera.

“It definitely wasn’t my best stuff today,” Kuchar said. “Two under was an awfully good score for the way I drove it.”

Tiger Woods, bidding for a first victory at Riviera and a record 83rd title on the PGA Tour, shot a 73 that left him 9 shots behind.

McIlroy, in his return to No. 1 in the world, handled the par-5s and kept mistakes to a minimum in his round of 67, which puts him in the final group Saturday with Kuchar and Harold Varner III, who had a 68 in the morning.

Kuchar was at 9-under 135. He began with a bogey on the par-5 opening hole, one of only two players in the 121-man field to not make par or better. Kuchar went long of the green, took two chips to get on the green and missed a 15-foot par putt.

“You feel like you’ve already given up two shots on the day. Never a fun way to start,” Kuchar said. “But knowing there’s 17 holes to go, there’s still room to figure it out.”

Wyndham Clark had a 68 and joined McIlroy and Varner in the group 2 shots behind.

“I’m managing my game well,” McIlroy said. “I’ve hit a couple loose shots here and there, but I’m thinking my way around the golf course and that’s what this place is all about. You can hit a few squirrelly shots and get away with it as long as you miss it in the right places, and for the first couple days I’ve done that. I’m feeling pretty good about my game.”

Adam Scott has a trophy from Riviera, just not an official victory. He won in 2005 when there was so much rain the tournament was reduced to 36 holes, and he won in a playoff Monday.

He returned from a two-month break with a 7-under 64 that left him 3 shots behind. Scott hasn’t played since he won the Australian PGA Championship three days before Christmas.

“You’re never quite sure coming off eight weeks how it’s going to feel, but I was really hitting the ball out of the middle of the club,” Scott said. “That gave me a bit of confidence to just kind of keep doing what I’m doing and it’ll all fall into place rather than go in search for what I’m doing wrong.”

Dustin Johnson, who won big at Riviera three years ago, bounced back from his opening 72 with a 66 and was among those 5 shots behind. Brooks Koepka had a 73 and was 9 shots behind.

Justin Thomas opened with a 74 and never got anything going in the morning. He didn’t make a birdie until his 16th hole and shot 71, missing the cut for the second time in his past three starts. Phil Mickelson, coming off a pair of third-place finishes in Saudi Arabia and Pebble Beach, shot 74 and missed the cut for the third time this year.