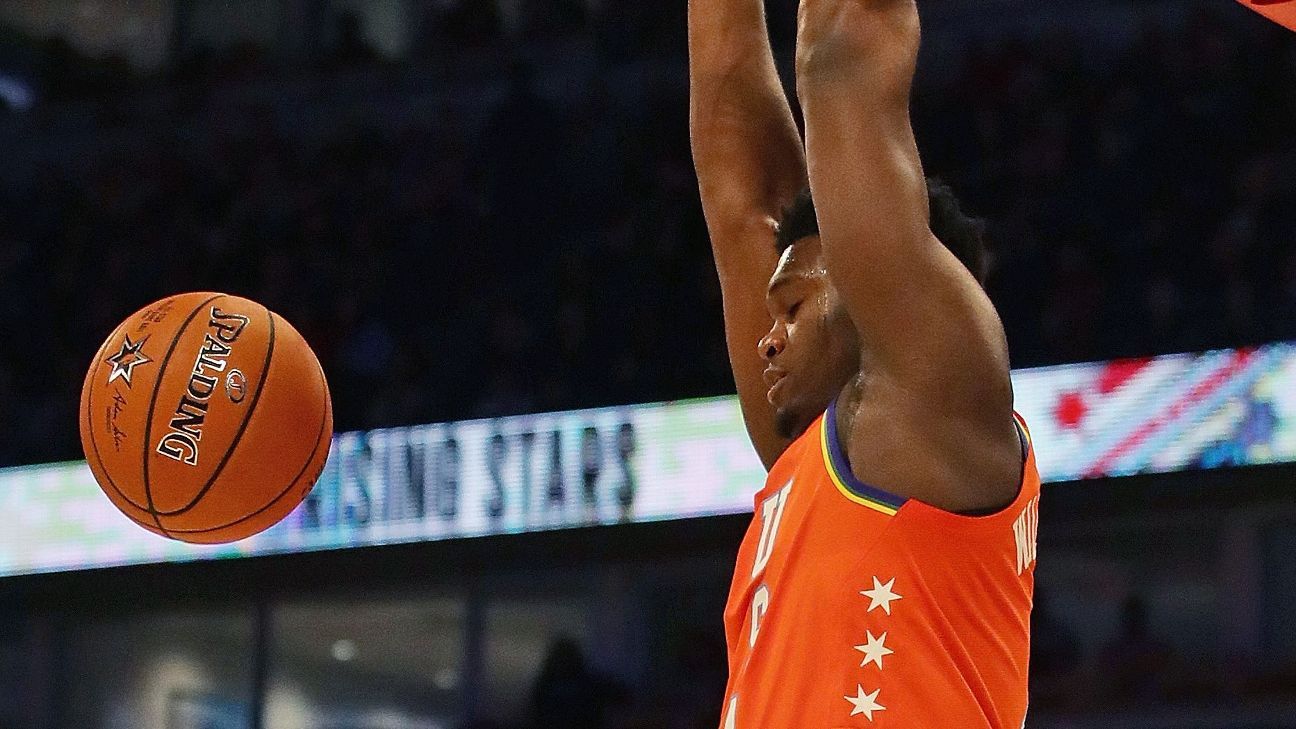 After catching a lob pass from Team USA teammate Trae Young in the Rising Stars Challenge, Williamson slammed down a two-handed jam that caused the rim to bend.

At halftime of the NBA All-Star Weekend event, United Center employees had to bring out a ladder and realign the basket. That’s the force of a 284-pound player who posted a 45-inch vertical leap in college.

After the game, Williamson said he heard about damaging the rim from his teammates. He said he didn’t hear a crack when he dunked.

“We went into the halftime, and my teammates started telling me about it,” the New Orleans Pelicans rookie said. “I don’t know which dunk it was on, but I don’t think it was me.”

It wasn’t the only Williamson dunk that brought the crowd to its feet Friday. He wowed fans and left the backboard shaking with a jam off a between-the-legs pass from teammate Ja Morant. Williamson said his favorite play of the game was when Morant threw him a lob from half court, and he slammed it home.

“It was crazy, honestly,” Williamson said. “I keep thinking never in a million years would I have thought we’d have been in this game or been in the situation we’re in.”

“The one I threw from behind half court, to Zion,” the Memphis Grizzlies rookie said when asked for his favorite play with Williamson. “Tough pass, I got it there. He dunked it, made me look good.”

Dunks were a theme throughout the night. The teams finished with 41 combined slams (21 by USA and 20 by World). Rui Hachimura and Brandon Clarke led the way with six each.

Ultimately, this exhibition game was a chance for Williamson to wow fans with his backboard-bending buckets. It was also an opportunity for Chicago fans to see Luka Doncic pull up over Young from half court.

Because it was an exhibition, Rising Stars MVP Miles Bridges felt comfortable tweeting an illustration of a gamer going from slouching to sitting up and focused during halftime — something he said he’d never do in a real contest.

“You shouldn’t allow tweeting during [regular-season] games,” Bridges said. “The World Team was killing us, and we were like, ‘Let’s play for real.’ So I just tweeted that, just trying to be funny. It’s ironic that we came out and beat them by 20.”