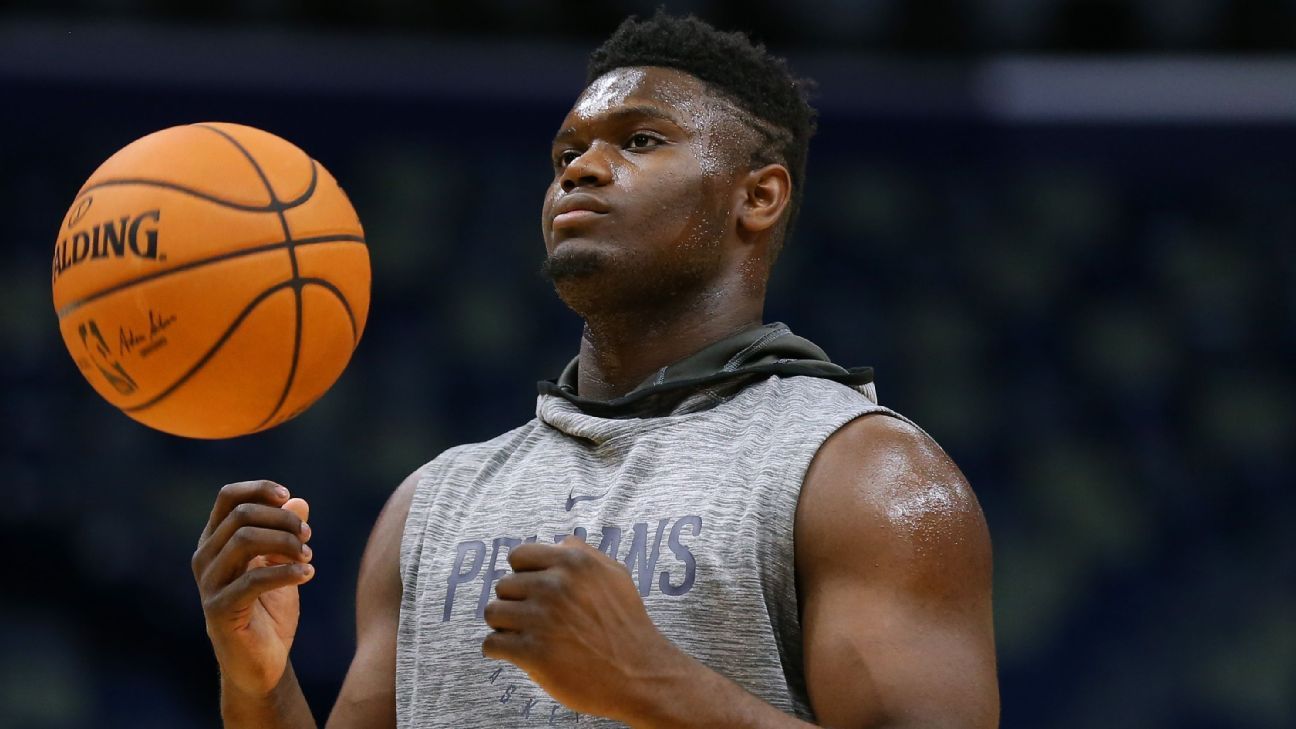 METAIRIE, La. — Sleep might be hard to come by for New Orleans Pelicans rookie Zion Williamson on Tuesday night.

The No. 1 overall pick in last year’s draft is set to make his NBA regular-season debut on Wednesday against the San Antonio Spurs, but he said on Tuesday that the excitement is already getting to him.

“Honestly, I don’t know if I’m going to get sleep,” Williamson said. “I’ll be too excited. I’ll be excited thinking about my first NBA game.”

Williamson was in good spirits as he prepares for the Spurs even joking about television cameras catching him falling asleep on the bench in recent games saying he was simply meditating on the sidelines.

But when asked about the debut compared to his debut at Duke, Williamson acknowledged this one will be a little bit different.

“This is my first NBA game, this is business now,” Williamson said.

Now, he’s set to make his debut in front of the home crowd in what is expected to be a sold-out Smoothie King Center. On Monday night, Brandon Ingram said he expected every home game from now until the end of the regular season will be sold out after people get a look at Williamson.

Williamson said he’s received nothing but positive vibes from people around the city as they prepare to watch him in a Pelicans jersey for only the third time – once at a Pelicans’ open scrimmage and once in a preseason game.

“It’s been great man,” Williamson said. “The city is beautiful. The people are beautiful as well. They’re welcoming. I feel like they adopted me a bit. They show love everywhere I go. They tell me they can’t wait until I get out there.”

Williamson said the waiting process has been difficult. He had surgery on Oct. 21 to repair the meniscus in his right knee. The original timetable was 6-8 weeks but Wednesday will mark nearly 13 and a half weeks since the surgery.

The organization has taken its time with Williamson’s rehab over that time to make sure he’s 100 percent when he takes the court. The rehab process itself started to wear on Williamson at times.

“There’s a lot of times when I wanted to punch a wall or kick chairs because it’s frustrating,” Williamson said. “To not be able to move your body the way you want to, not to make any athletic movements; I mean, it’s tough. Especially because I’m 19 and I haven’t even played my first NBA game. It was tough but I battled through it.”

Part of the rehab process, Williamson said, was learning how to land differently than he had been doing before.

“I think it’s not landing straight legs, kind of don’t let all my force go into my legs,” Williamson said. “It’s a lot of technical stuff. I really couldn’t explain it to you to be honest. I could probably show you on a video better.”

Williamson is also tempering expectations for himself heading into the contest. He said all he wants to do is go out there and help his team continue winning.

New Orleans started the season 6-22 but the Pelicans have won 11 of their last 16 games and sit just 3.5 games back of the final playoff spot. The winning has also made it a better situation for Williamson to come back to.

“We did go through a bad stretch, but things have turned around,” Williamson said.

“Everybody’s been playing better. I’m just looking to go join in and have some fun.”