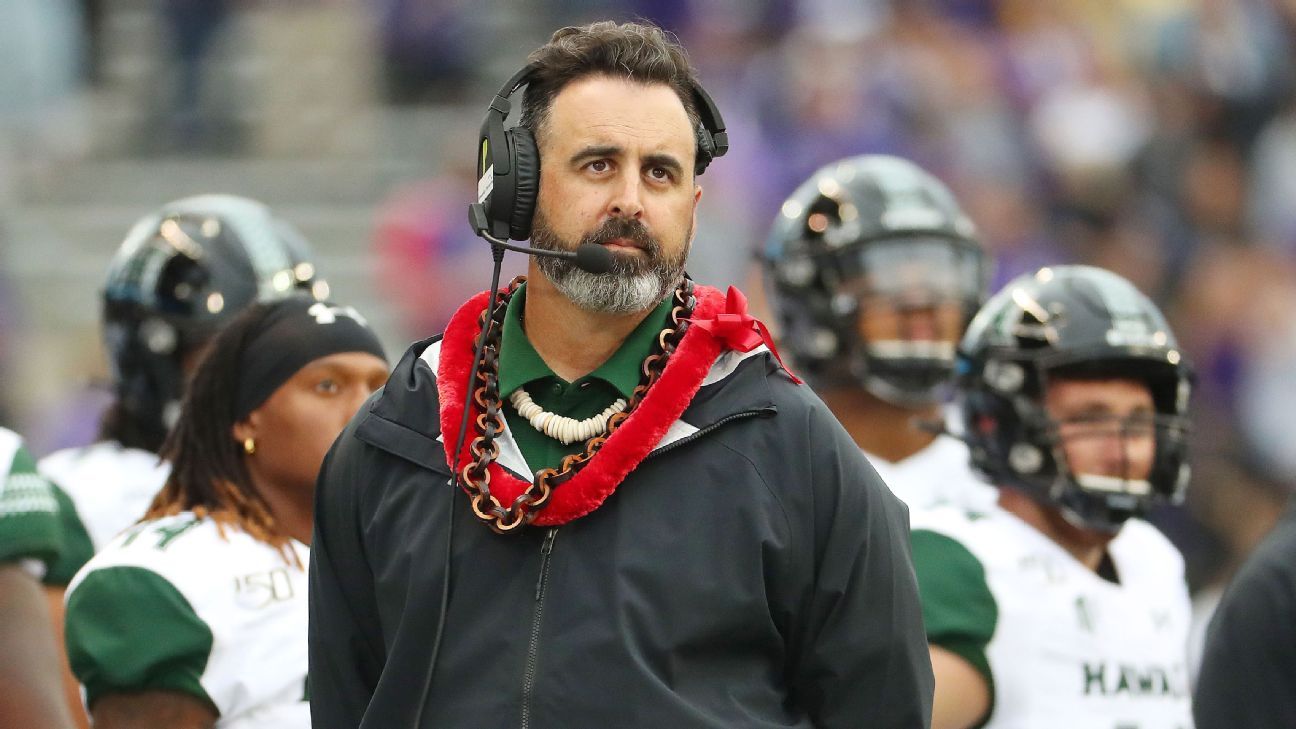 Washington State is set to name Hawai’i’s Nick Rolovich as its next coach, a source told ESPN.

Rolovich guided the Rainbow Warriors to a 10-win season in 2019 and compiled a 28-27 record during his four-year stint as the program’s coach. Hawai’i lost to Boise State in the Mountain West title game this season and beat BYU in the Sofi Hawai’i Bowl.

The deal, which was first reported by The Athletic, was not finalized as of Monday night.

Rolovich, 40, will replace Mike Leach, who was named coach at Mississippi State on Thursday. Leach went 55-47 in his eight seasons in Pullman and took the Cougars to a school-record five consecutive bowl games over the past five seasons. After a school-record 11-win season and a No. 10 national ranking in 2018, the Cougars went 6-7 in 2019, capped by a 31-21 loss to Air Force in the Cheez-It Bowl.

Prior to taking over at Hawai’i, Rolovich spent four seasons as offensive coordinator at Nevada, and operates an offense that has a lot of similarities to the Air Raid scheme Leach is famous for. The Rainbow Warriors averaged 471 yards of offense per game in 2019, and had the country’s No. 5-ranked passing attack (337.1). Over the past two seasons, Washington State was the only team in the country that attempted more passes than Hawai’i.

Rolovich grew up in Northern California and played quarterback at City College of San Francisco before finishing his collegiate career at Hawai’i.