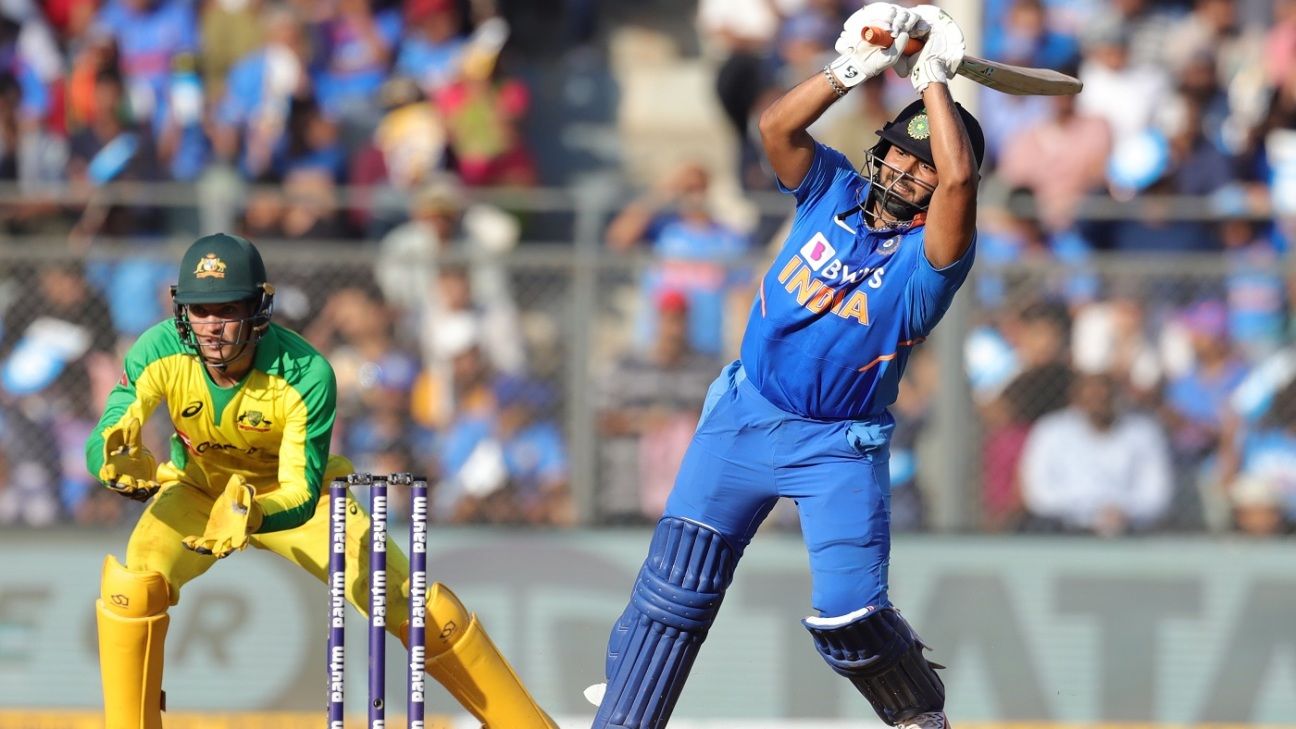 Rishabh Pant has been diagnosed with concussion, resulting in his not being able to take the field for the second half of the first ODI against Australia in Mumbai. The 22-year old wicketkeeper was struck on the head by a bouncer from Mitchell Starc in the 44th over, a ricochet off the top edge which also resulted in his wicket.

“Rishabh Pant has got a concussion after being hit on his helmet while batting,” a BCCI statement said. “KL Rahul is keeping wickets in his absence. Pant is under observation at the moment.”

Pant did not need any immediate treatment on the field after he was hit, and he was able to walk off it on his own steam as well, but it soon became clear that he was indisposed. He did not join India’s training in the break between innings and it was Rahul who was seen practicing his glovework as the Australian openers walked out. Confirmation of the injury arrived when the BCCI put out a statement some time during the first two overs of the chase.

Pant had played a good hand, scoring 28 off 33 balls as India tried to recover from a middle-order malfunction. India had been 134 for 1 in the 28th over but were dragged down to 164 for 5 as Australia’s fast bowlers adapted well to a slow pitch at Wankhede stadium.