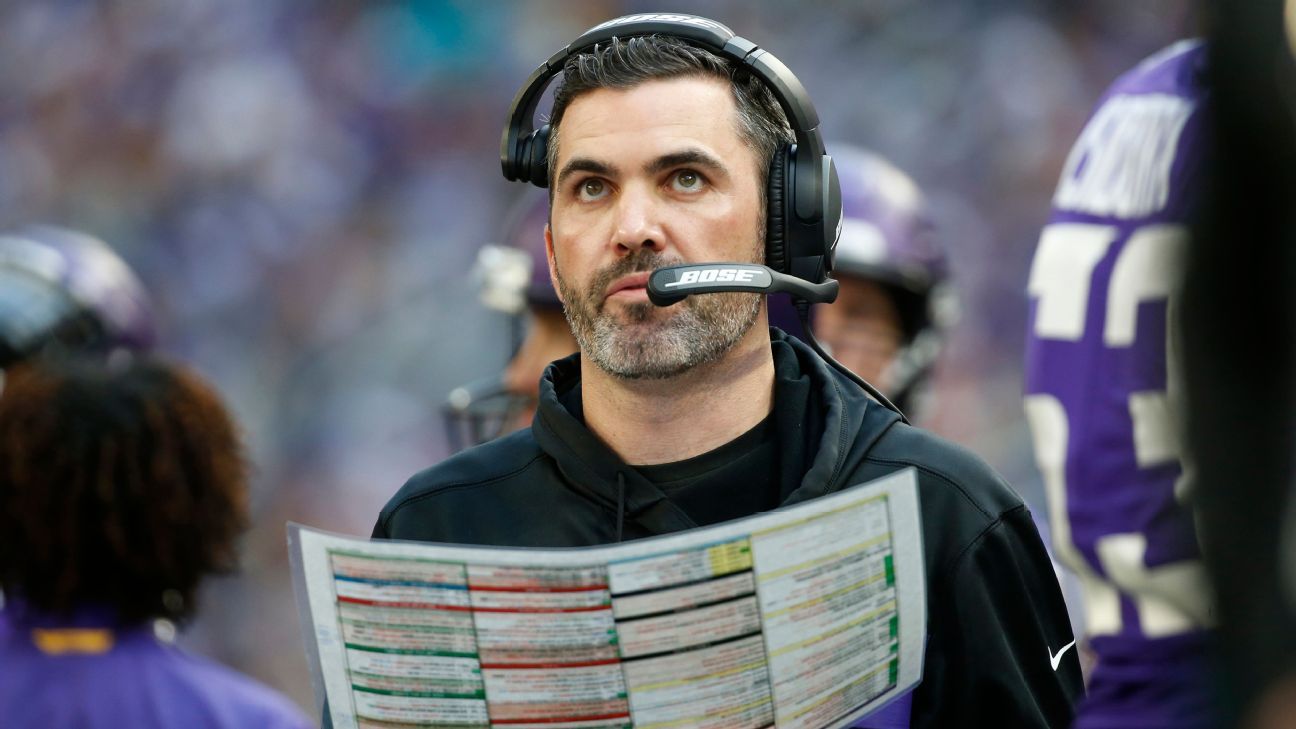 Kevin Stefanski has been handed a five-year contract to take over as the 18th full-time Cleveland Browns coach, a source told ESPN’s Adam Schefter.

The Vikings offensive coordinator was officially hired by Cleveland on Monday as the 10th head coach since the Browns’ 1999 expansion return, which to this point has been a resounding two-decade debacle.

The 37-year-old Stefanski, who spent 14 seasons as an assistant in Minnesota and has never been a head coach at any level, will be introduced at a news conference Tuesday at FirstEnergy Stadium.

Parading out a new coach is an annual or semi-annual exercise with the Browns, who haven’t been to the NFL playoffs since 2002 and have been in a perpetual search for a coach to help restore their damaged image. Owners Dee and Jimmy Haslam have hired five coaches and the Browns are 33-94-1 since since they agreed to buy the team before the 2012 season.

Stefanski accepted contract terms and agreed to accept the Cleveland job on Sunday, a day after the Vikings’ season ended with a 27-10 playoff loss to the San Francisco 49ers.

“We were looking for a strong leader of this football team, a very bright coach with a high football IQ, who could establish a strong understanding of what he expected of his players, hold them accountable and confidently navigate the challenges and opportunities that present themselves throughout a season,” the Haslams said in a statement. “Kevin exemplifies these qualities and more.

“He has a tremendous ability to relate well and communicate well with his players, has experienced many coaching facets of a team, and understands how to put them in the best position to succeed while also establishing a winning culture.”