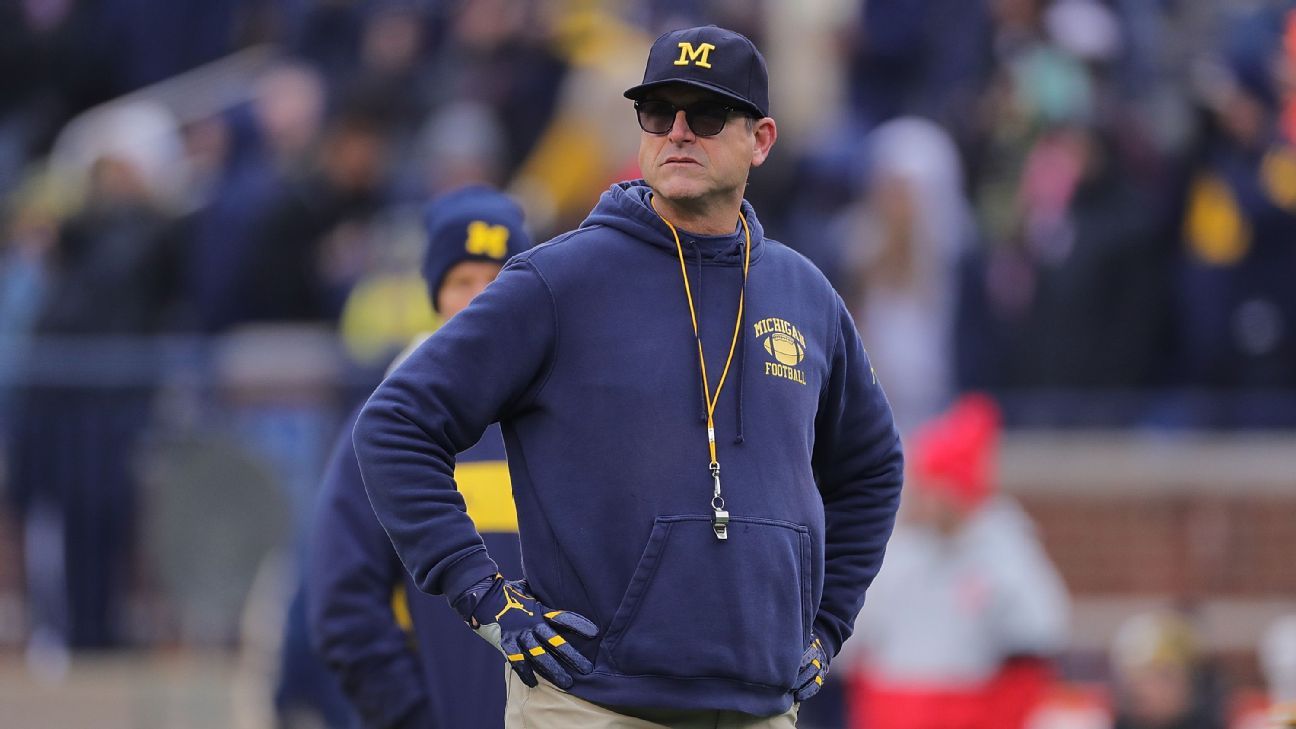 ANN ARBOR, Mich. – After Ohio State cruised to a 56-27 win over Michigan on Saturday, coach Jim Harbaugh took exception to questions about where the biggest gap is between two programs that seem to be further apart than ever.

Ohio State beat Michigan for the eighth straight time – its longest streak in the series – and Harbaugh dropped to 0-5 against his team’s biggest rival. In their last two games in the series, Ohio State has scored 118 points, leaving Michigan with few answers in the aftermath.

When asked whether the biggest gap involved talent, preparation or coaching, Harbaugh responded, “I’ll answer your questions, not your insults.”

Harbaugh refused to give much else in response to his team’s struggles to beat Ohio State, saying only, “I thought our team was well prepared. I thought they were playing good football. I thought it was a good football fight, and it got away from us today. Give them credit for playing well.”

After another question about how much he personally wants to beat Ohio State, Harbaugh offered, “We really want to win the game. Yes.”

Ohio State quarterback Justin Fields believes something else might be in play.

“We take it more seriously than they do,” Fields said. “Like (strength coach) Mickey Marotti said, ‘We’re preparing for them next year right now.’ It just means more at Ohio State. That’s pretty much the big reason.

“I know a few players on (Michigan) and I just know the things we do in terms of work outs and how serious we take it at Ohio State. So talking to those guys, and getting their perspective on things, I definitely see we take it more serious.”

Those on the Michigan sideline would certainly take exception to that notion, but it is hard to argue with the way Ohio State has made a once competitive rivalry so one-sided. That has led to renewed criticism about Harbaugh and whether he can get Michigan to the same level as Ohio State.

Five years in, this is his team, with his players and his vision, yet the Wolverines have looked lost with so much on the line. His players batted down the idea that there is a mental roadblock when it comes to playing Ohio State despite their recent frustrations.

The game Saturday started well enough for Michigan, with an opening touchdown drive that showcased the strides this offense has made over the last six weeks. But Michigan could never slow down J.K. Dobbins or Justin Fields, giving up 577 total yards. Dobbins had 211 yards rushing and four touchdowns.

This is one year after Ohio State scored 62 points, prompting even more questions about defensive coordinator Don Brown and what has gone wrong two straight seasons.

Once again, there were too many mistakes for Michigan to overcome, including Shea Patterson’s fumble inside the red zone, a penalty on an Ohio State punt that the Buckeyes turned into a touchdown, and a failed fourth-and-1 in the fourth quarter when Hassan Haskins missed a wide open hole and was stopped short.

That all led Michigan players to lament the lack of execution.

“No one’s happy,” Michigan tight end Sean McKeon said. “Definitely really frustrating. Just kind of the same thing every year. We’ve got to execute better and it gets old, but just have to play better against them. “They’re just a team. They’re not an NFL team. Just got to win your one on one matchups and got to have every guy on the field do his job.”

Tom VanHaaren contributed to this report.