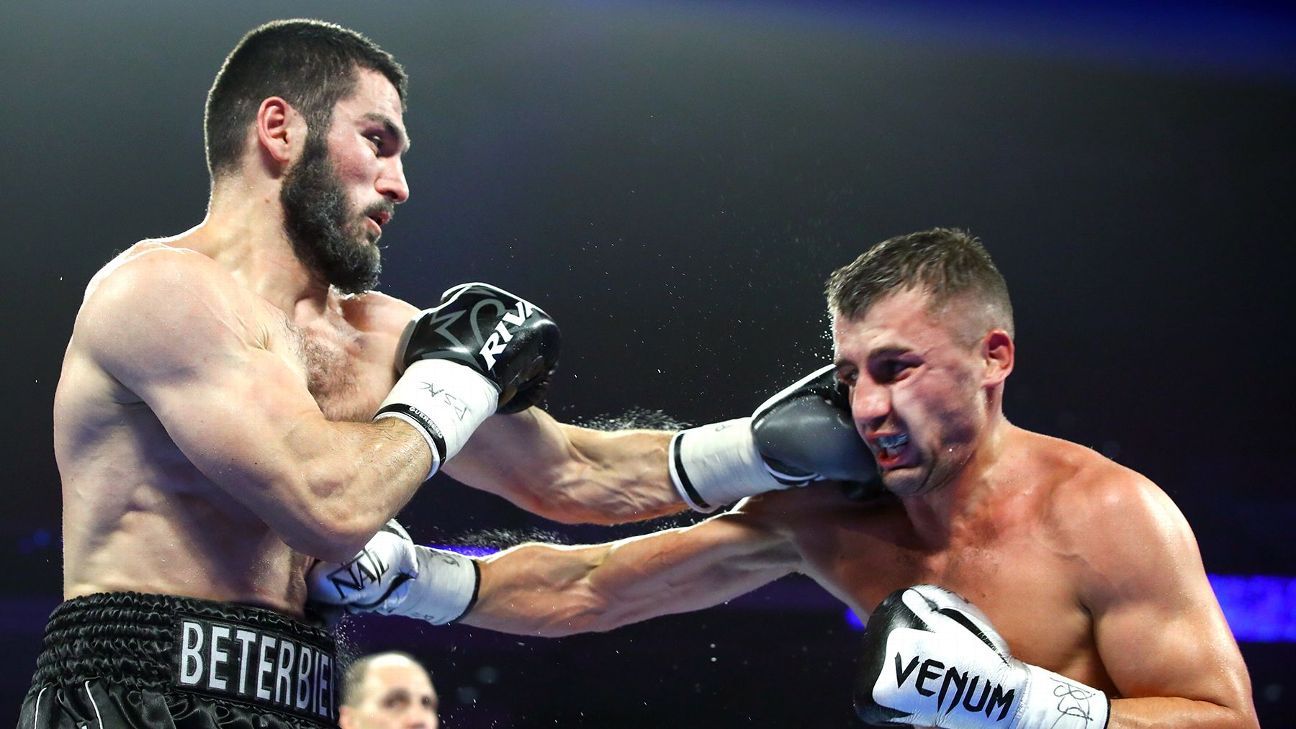 Gvozdyk lost the lineal 175-pound title and his sanctioning organization belt by 10th-round technical knockout to Artur Beterbiev in an action-packed unification fight on Friday night at the Liacouras Center.

Although Gvozdyk was ahead 87-84 and 86-85 on two scorecards, with Beterbiev up 87-83 on the third scorecard, going into the 10th round of the Top Rank Boxing on ESPN main event, Gvozdyk had taken a lot of heavy shots — especially right hands — from the powerful Beterbiev.

About an hour after the fight, Gvozdyk, with Atlas at his side, walked under his own power to a waiting ambulance in the arena tunnel for the short ride to the hospital to be checked out as a precaution. But they were still at the hospital on Saturday night.

“I’m still here with him,” Atlas said. “I just brought him last night because he had pain behind his head from the punches he got hit there, so they did a scan and saw a possible small something and did another scan six hours later and [the doctor] wanted us to stay 24 hours to be safe. So we canceled his flight, and I will stay with him here another night, then [on Sunday] bring him to my home [in New York] — just again to be safe. Then Monday, he will fly home. He is OK.

“He’s fine, but we are still here just as precaution and will stay the night. [On Sunday] morning, if all is the same, they will discharge him.”

The fight marked the first time in light heavyweight division history that two undefeated fighters met to unify title belts. The Montreal-based Russian Beterbiev, who was the slight favorite, had defeated the Oxnard, California-based Ukrainian Gvozdyk by second-round stoppage in a 2009 amateur tournament, and both went on to become elite professionals.

Beterbiev, 34, retained his title for the third time since winning a belt in November 2017. Gvozdyk, 32, won his title in December 2018 and made one successful defense before being stopped in the unification bout.