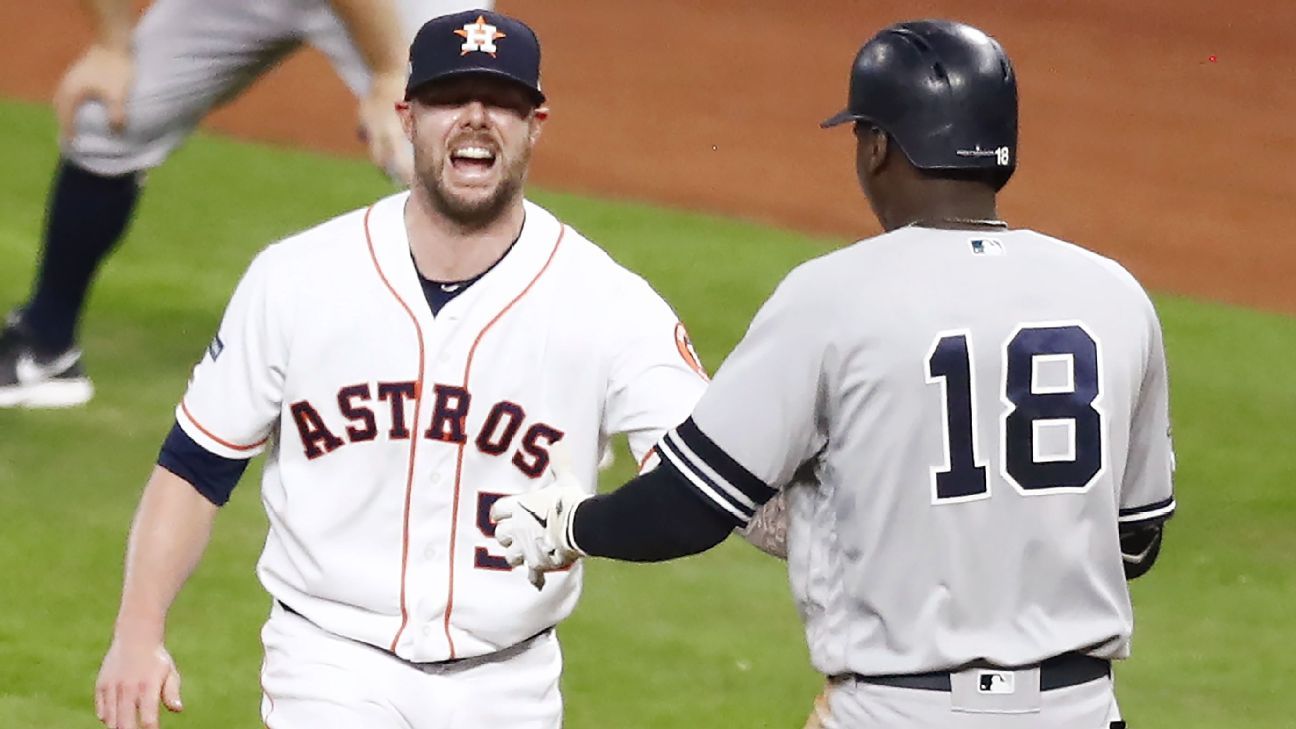 HOUSTON — Houston Astros reliever Ryan Pressly said he expects to be ready for the World Series after right knee discomfort forced him from Game 6 of the ALCS on Saturday night.

Pressly said the pain he experienced was due to breaking scar tissue in his knee. Pressly had arthroscopic surgery on the knee in August.

In the top of the third inning, Pressly fielded a comebacker off the bat of the Yankees‘ Didi Gregorius and charged at him as Gregorius ran up the line. Pressly tried to halt his momentum as he got close enough to apply the tag but immediately pulled up and grimaced.

The pitch Pressly threw to Gregorius turned out to be his only one in the game, but it was big — there were two outs and the bases were loaded in the third inning. The out he recorded nipped that Yankees’ rally and preserved a two-run Houston lead.

Pressly was replaced by rookie Jose Urquidy to start the fourth inning.

Pressly, 30, was 2-3 with a 2.32 ERA and three saves during the regular season, which he resumed in late September after his knee surgery. He struggled at the outset of the postseason and has a 13.50 playoff ERA after his outing on Saturday.