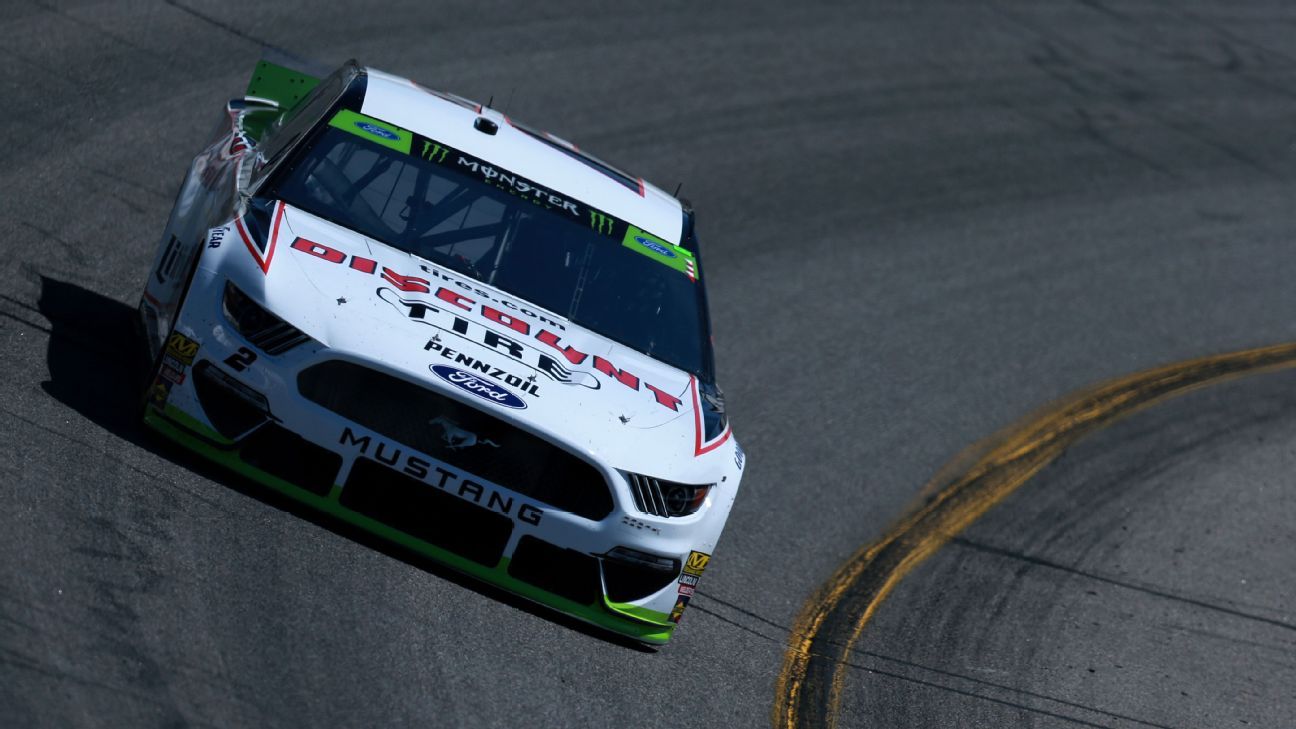 Keselowski earned his second career pole at Richmond and the 17th of his career with a lap at 127.185 mph Friday night. It will be his 16th top-10 start in 28 races this year, and he’ll be looking to match his performance in 2014 when he won here from the pole position.

“The car drove very, very well,” Keselowski said, adding that he didn’t participate in the two daytime practice sessions because the conditions were going to be so different with the sun not quite so high in the sky. “We’ve had exceptional short-run speed here the last few times, again this weekend, but then the races seem to be playing out with long runs.

“If we can just hold on with the short-run speed we have on the long runs, we’ll be in good shape for this weekend.”

“It’s really just about protecting yourself at this point and starting in the front of the field sets you up good to score some points in stage one and get a good pit stall selection,” Harvick said. “It gets everything going and it’s really survive and advance.”

Local favorite Denny Hamlin, who grew up about 20 miles from the track, will start sixth and championship leader Martin Truex Jr. will start eighth.

Here are some other things to watch in Saturday night’s race:

Elliott said he was pleased with his effort, but cautiously so.

“We qualified second here a couple of years ago and ran really bad in the race, so I tend to not get excited over qualifying efforts at this place,” he said. “If the car drives good and we don’t mess up and I don’t mess up and have good pit stops, we’ll have a shot at it.”

All four Joe Gibbs Racing drivers in the playoffs will start in the top 16.

Kyle Busch, a six-time winner here, will start fourth, and three-time Richmond winner Hamlin will start sixth. Truex, who won on a short track for the first time at Richmond in April 2019, will start eighth and Erik Jones will start 16th, mirroring his spot in the championship.

Beside Hamlin, Harvick and Jimmie Johnson have also won three times at Richmond and Joey Logano and Clint Bowyer have each won twice. There will be 38 drivers in the field, but only 11 have won on the track.

Difficulty passing has been a hot topic in the series this year, but Keselowski said long green-flag runs could remedy that.

“If you get long runs it becomes an easy track to pass at because the mechanical grip is pretty low and you really have to drive the cars and the aero grip kind of evens out because everybody is in traffic,” he said.