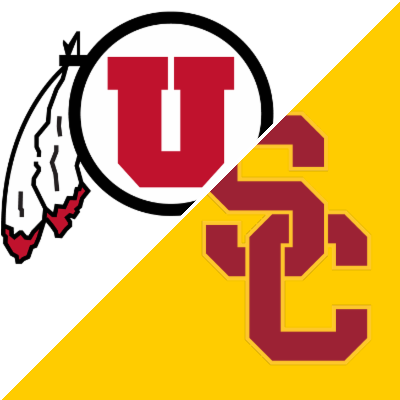 LOS ANGELES — Michael Pittman Jr. caught 10 passes for a career-high 232 yards and a touchdown from backup quarterback Matt Fink, who passed for 351 yards in Southern California’s 30-23 victory over No. 10 Utah on Friday night.

Fink, a junior who nearly transferred last spring, went 21-of-30 with three touchdown passes for USC (3-1, 2-0 Pac-12) after taking over when freshman Kedon Slovis left with an undisclosed injury on the second play of the game. Fink mostly looked sharp as the third quarterback to play important snaps in four games for the Trojans, who lost starter J.T. Daniels to a season-ending knee injury in their opener.

Tyler Vaughns, Amon-Ra St. Brown and Pittman all caught TD passes from Fink, while Pittman had the fifth-biggest receiving yardage game in USC history. His remarkable 42-yard catch in the fourth quarter eventually led to a 4-yard TD run by Markese Stepp, who celebrated by handing the ball to Reggie Bush, the Trojans great attending the game as a broadcaster despite his NCAA-mandated disassociation from his school.

Devonta’e Henry-Cole rushed for an early touchdown and Cole Fotheringham caught a TD pass for the Utes (3-1, 0-1), who struggled after star running back Zack Moss left in the first half with an apparent shoulder injury. Utah still has never won at the 96-year-old Coliseum.

Tyler Huntley passed for 210 yards and ran for 60 more, but Utah committed 16 penalties for 120 yards and struggled to get key defensive stops against a green Trojans quarterback.

With Bush and Urban Meyer watching at the Coliseum as part of Fox Sports’ broadcast crew, USC’s roller coaster season went on the upswing again after last week’s embarrassing overtime loss at BYU.

Slovis had played two encouraging games as the starter after replacing Daniels, but he couldn’t continue after 335-pound Utah defensive tackle Leki Fotu landed on him. Fink jumped into USC’s Air Raid offense and completed eight of his first nine throws during two game-opening touchdown drives.

He hit Vaughns with a slick 29-yard TD pass just 2:03 in. On the next drive, his underthrown pass was snatched out of double coverage at the goal line by St. Brown for his third TD grab of the season.

Moss had 371 yards rushing in his first three career games against USC, but he was hurt early on. After Henry-Cole made a 17-yard TD run on their sharp opening drive, but the Utes then fell into a familiar pattern of steady drives ending in mistakes, including a blocked field goal, a fumble near the USC goal line 16 seconds before halftime, and nine penalties for 75 yards.

Utah trailed 14-10 at halftime despite racking up 284 yards and controlling the ball for more than 20 minutes.

Pittman scored on a brilliant 77-yard catch early in the third quarter, snatching a long pass away from defenders and fending them off on a long run to the end zone. But Fink threw his first career interception a few minutes later, and Huntley hit Fotheringham for a short TD.

The Utes got to the USC 1 moments later before Isaiah Pola-Mao‘s third-down sack forced Utah to kick a field goal. USC freshman sensation Drake Jackson then got hold of Huntley in the end zone and forced intentional grounding for a safety with 8:51 to play.

Fans around the Fox Sports broadcast stage let loose several chants of “Reggie! Reggie!” for Bush. The retired tailback is still formally disassociated from USC under terms of the NCAA ruling against the school in 2010, but he remains wildly popular among USC fans and current players whose first Trojans memories include Bush’s feats.

Utah: Losing Moss is an enormous blow to any offense, and his long-term health could determine the Utes’ chances for a run at a second straight Pac-12 title. Utah’s inability to finish drives only gets worse with Moss sidelined, and while Huntley’s valiant effort might win future games, it wasn’t enough against the Trojans.

USC: Another quarterback injury wasn’t enough to slow down the Trojans, even against a solid Utah defense that essentially wiped out their running game. Fink did enough to win, and USC’s defense made several big plays. USC is somehow 3-1 after four games of an extremely difficult six-game start to the season, with coach Clay Helton finding yet another way to fend off the doubters for another week.

Utah: A late-night visit from Washington State and its Air Raid offense next Saturday, Sept. 28.

Hybrid combat card relocated, won’t test for virus
We created the ideal NHL goalie: Bobrovsky’s butterfly, Rinne’s glove and more
NHL players speak out on protests, Floyd’s death
Sefolosha on Floyd’s death: ‘Could have been me’
Pocono will hold NASCAR races without fans