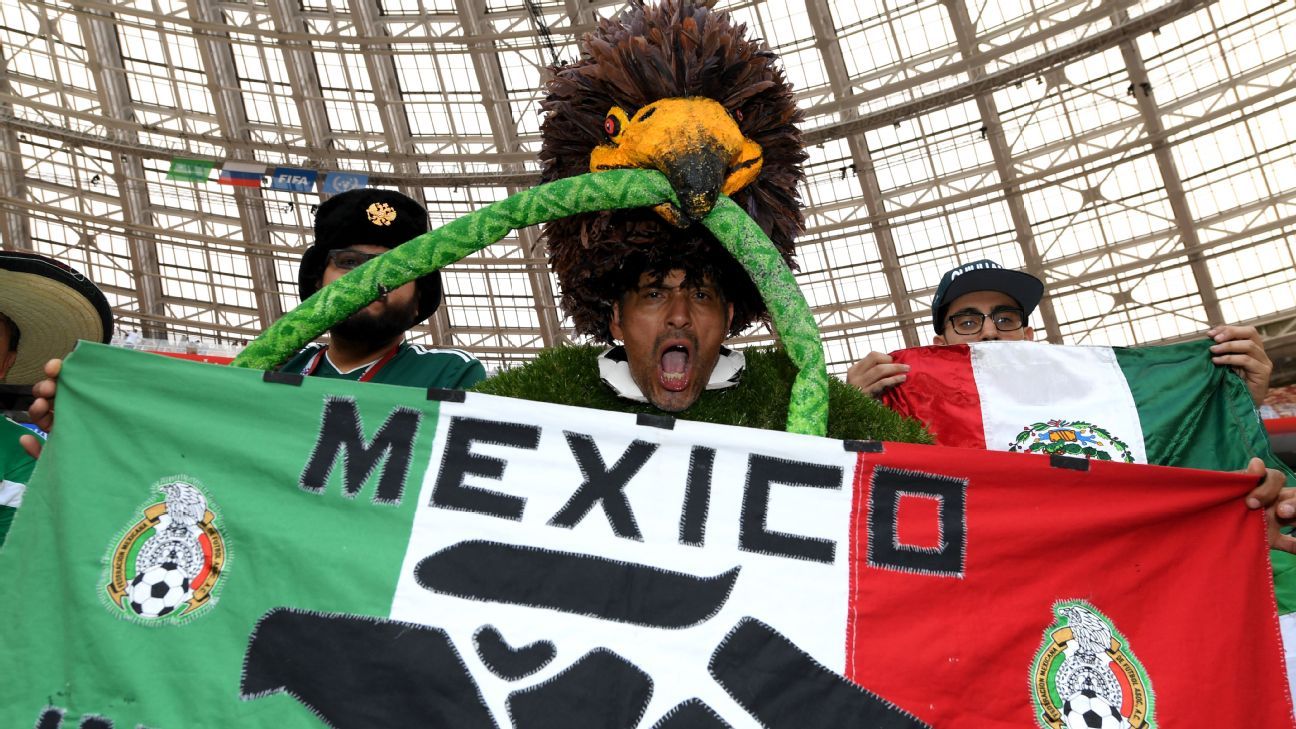 MEXICO CITY — Mexico’s football federation and Liga MX are set to crack down on the controversial goalkeeper chant that FIFA has ruled anti-gay, with clubs set to play behind closed doors if the chant continues and the FMF fearful of not making Qatar 2022 if it occurs regularly during World Cup qualifying.

The chant used by some fans at Mexico national team and Liga MX games — as well as in other Latin American countries — is aimed towards opposition goalkeepers as they are running up to take goal kicks. The Mexican federation has been fined on multiple occasions by FIFA because of it.

Liga MX president Enrique Bonilla said in a news conference on Friday that starting from Week 15 of the current 2019 Apertura season, the referee will be able to temporarily stop games if the chant is heard, take players back to the locker room for five to 10 minutes if it continues and force clubs to play their next home game behind closed doors if it doesn’t stop.

During Weeks 11 through 14 of the season, there will be a series of informative and educational warnings about what will happen in the future if the goalkeeper chant, or any other discriminatory behavior, is heard inside the stadium.

“We’re not in an emergency situation, but if we don’t resolve it, we will have problems and we don’t want that,” Bonilla said. “That’s why Liga MX and FMF will work in a proactive way.”

The Mexican federation will join Liga MX’s efforts to stamp out the chant, starting with the Oct. 15 CONCACAF Nations League match against Panama at Estadio Azteca.

FIFA’s “three-step procedure” will be implemented for national teams from the start of men’s World Cup qualifying for Qatar 2022, with the referees able to first stop the match, then suspend it and eventually abandon it if the behavior continues. FIFA informed associations of the anti-discrimination measures on June 7.

“If we don’t resolve this problem before the World Cup qualifiers for Qatar 2022, we’d be putting ourselves at risk of being punished by point deductions and in the worst-case scenario missing out on the World Cup,” federation president Yon de Luisa said. “But we are convinced, as an industry, that we can’t miss out on a competition, especially a World Cup, for something off the field.”

The chant was largely stopped at the 2018 World Cup in Russia following an educational campaign by the Mexican federation and players. Fans caught shouting the chant were warned they would have their Fan IDs confiscated, which would have prevented them from entering the stadiums in Russia.

Liga MX’s “three-step procedure” differs slightly to that of FIFA. Liga MX isn’t going to suspend games but instead will play the subsequent home match for the offending team behind closed doors.

Bonilla stressed that it isn’t only the term used in the goalkeeper chant that will need to be curbed, but “any expression against diversity.”

FIFA has recommended the Fare network’s Global Guide to Discriminatory Practices in Football as a “useful aid to identifying discriminatory behavior.” It defines the goalkeeper chant as “a homophobic chant usually directed at the opposition goalkeeper when he is taking a goal kick.”

The governing body “urges” all associations, leagues, clubs and disciplinary bodies to adopt its Anti-Discrimination Monitoring system, according to what a FIFA spokesperson told ESPN last June.

Anil Kumble: ‘Let’s get spinners back in Test cricket’
How likely are the most anticipated all-British fights to happen?
How hard does Amanda Nunes hit? You see ‘stars and birds’
Ranking every No. 1 draft pick of all time
Mercedes set to oppose F1 reverse grid quali plan