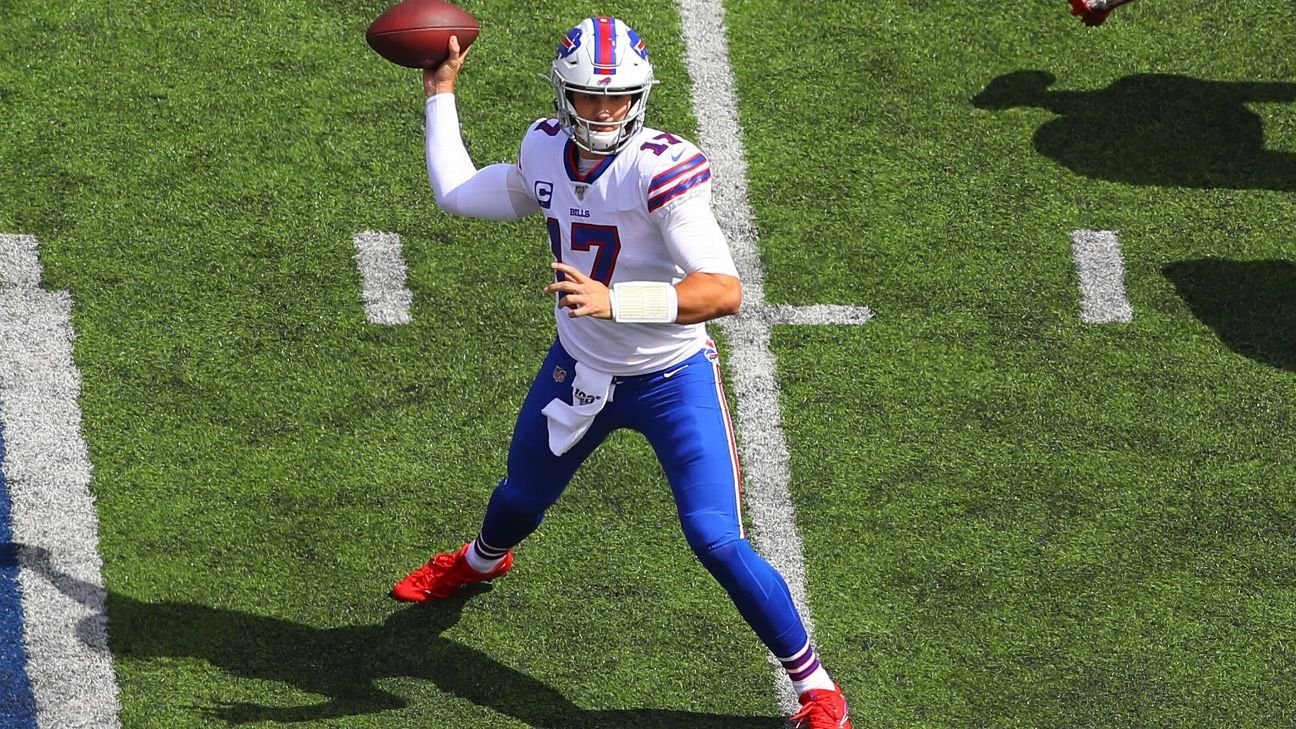 How soon is too soon to panic about your stars?

That’s a good question … without a good answer.

There are probably some of you reading this column who entered the 2019 season with huge hopes for Buccaneers tight end O.J. Howard. There is one person who wrote this column who did as well. I’m here for you, Howard enthusiasts.

Two weeks into the season, Howard is on a robust 16-catch pace. For the season. Yikes.

In any event, is it too soon to cut bait on Howard? It is. He plays a position with minimal depth and is a really talented dude.

Meanwhile, Cam Newton has sputtered out of the gates, with exactly minus-2 rushing yards. That sounds not ideal.

Do I advocate cutting bait on Newton? Nope, he’s got such a large track record of fantasy excellence that a bounce-back is entirely possible. But if you’re ready to do so and like the available options? I’m not against finding a replacement quarterback, especially in a 10- or 12-team league.

By the way: It’s not just single players you’re taking stock of right now. If you’re interested in the overall direction of your squad, try this tool added to our site. Whether you’re trending up or down, there’s always time to examine which players can help.

All players listed are available in more than 50% of leagues on ESPN.com.

Let’s talk replacement quarterbacks first: With Ben Roethlisberger out for the season, Drew Brees out for potentially six weeks or more and Newton’s struggles, this could be a quarterback-heavy week on waivers. Some names of note:

Allen has looked improved as a thrower this season, but what gives him an edge is his mobility as a runner. He has scored a rushing touchdown in each of his two games, with the latest in Week 2 on an awesome designed run by playcaller Brian Daboll. The passing game still has room to grow, but the floor created by the rushing makes Allen a viable starting candidate in deeper leagues (12 teams or larger).

Brissett’s play has been satisfactory up to this point, but it’s his upcoming schedule that really intrigues. He hosts Atlanta and Oakland before traveling to Kansas City for a Week 5 tilt with the Chiefs. He has been over 16 points in each of his first two starts, with five combined touchdown passes to this point.

Dalton’s passing yardage through two games is absurd. He has coasted past 700 total yards in large part due to the Bengals’ ineffective ground game and a poor defense that has left them playing from behind frequently. That doesn’t figure to change much going forward; there has been enough life in Zac Taylor’s passing offense to consider a roll of the dice, although Week 3 will be tough sledding against the Bills.

These are two streaming candidates to consider for Week 3, as Garoppolo — coming off a strong effort in Week 2 — hosts the Steelers prior to his Week 4 bye, while Winston and the Bucs host the Giants before a difficult two-game road trip to face the Rams and Saints.

James Conner left Pittsburgh’s game early due to a knee issue, opening the door to him missing time. Samuels filled in admirably when Conner went down late last season and is a major value add in the passing game. While Benny Snell Jr. will see some work too if Conner is forced to miss time, there’s little doubt that Samuels will carry value right away. He’s a priority add.

One of our favorite waiver wire targets last week, McLaurin impressed again in Week 2, finding the end zone on one of his five catches via nine targets. He already has emerged as the best passing threat in the Washington offense, with big play propensity. He is talented, targeted and should no longer qualify for this column when I write it next week.

I’ll just come clean and say this: I’m not sure which of these two players is the preferred add right now. Robinson was absolutely incredible in Week 2, leading the Chiefs with 172 receiving yards and two touchdowns, catching all six of his targets. Meanwhile, Hardman — with blazing speed — hauled in a long touchdown on one of his two catches and had another called back due to a penalty. My general take is that it’s good to have exposure to Chiefs pass-catchers. I’d lean toward Hardman if I had to choose one, because I think he has a chance to keep his role upon Tyreek Hill‘s return. But both are players you can play at flex and hope for the best in a given week.

Devin Singletary has immediately looked the part in Buffalo, scampering for a touchdown in Week 2 before eventually departing due to a hamstring injury. That turns the keys back over to Gore, ever ageless and still effective when given the opportunity. He rushed for 68 yards on 19 carries and a touchdown in Week 2. Should Singletary miss time, Gore’s value will be somewhat akin to Adrian Peterson‘s: a volume-dependent back who won’t be a major factor in the passing game but can fit in a flex on a given day.

It was a game of attrition on Sunday night for Philly, as both DeSean Jackson and Alshon Jeffery departed due to injury. Agholor, who had more than 60 catches and 700 receiving yards in each of the past two seasons, had a robust Week 2 with eight catches, more than 100 yards and a touchdown, stepping into a focused passing-game role. With the timetable for both Jackson and Jeffery not presently known, Agholor should be rostered for the opportunity to see consistent work if they do wind up missing time.

With Derrius Guice landing on injured reserve on Friday, we know that both Peterson and Thompson will be busy until/if Guice returns. Things went about as expected in Week 2, with Thompson seeing eight targets and catching five passes. While his rushing volume will stay modest (just two carries), his passing-game role makes Thompson a low-end PPR flex consideration on a nearly weekly basis.

While it was a relatively quiet NFL debut for Deebo in Week 1 (just three catches for 17 yards), he made his mark in Week 2 with five grabs for 87 yards and a score. While Dante Pettis has yet to gain any traction this season (zero targets in Week 2), Samuel is playing a ton and is explosive. He has a good chance to be the 49ers’ wide receiver you feel most comfortable starting each week.

Good on Hyde, who has looked effective through two games this season, rushing for 90 yards on 20 attempts in Houston in Week 2. He has certainly run better than we saw from him last season, and his opportunity should remain ripe with the Texans. That being said, his value is mitigated by a virtual non-role in the passing game. He has just 2 receiving yards on one catch in two games. But an add nonetheless, particularly in non-PPR leagues.

While Chark didn’t quite match his incredible Week 1, we saw more encouraging signs with seven catches on nine targets and a touchdown in Week 2. He was a training-camp standout who has built on that momentum with an awesome start to the season. He’s an upside add who seems to have a chance to be a foundational piece for Jacksonville going forward.