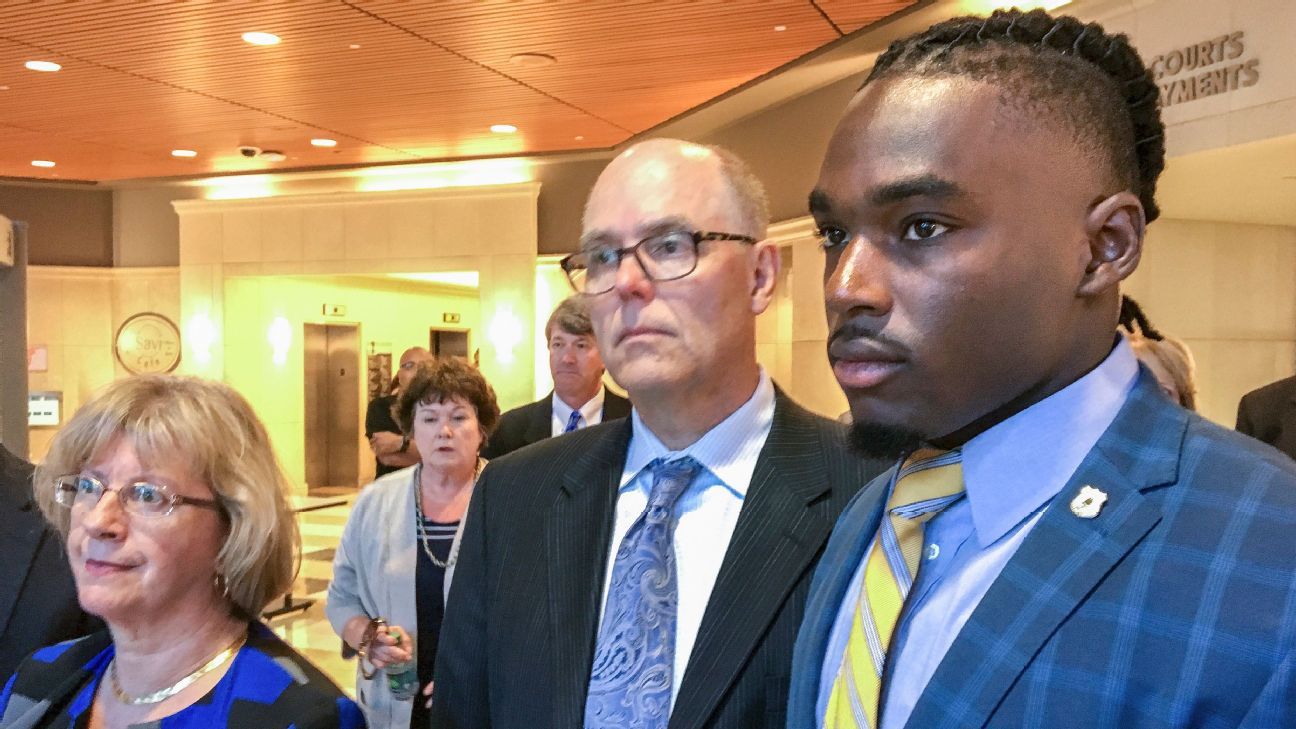 MADISON, Wis. — A second woman who says she was raped by former Wisconsin Badgers footbal player Quintez Cephus in his apartment in Madison testified Wednesday that she had been too drunk that night to consent to sex.

The 21-year-old former wide receiver from Macon, Georgia, is charged with second- and third-degree sexual assault in the alleged assault of two 18-year-old women on the same night in April 2018. Both women have testified that they were too drunk to consent.

Cephus has said the sex was consensual and was arranged by one of his accusers.

The woman who testified Wednesday said she was extremely intoxicated and has almost no memory of what happened that night, the Wisconsin State Journal reported. The woman said she only learned hours later of the alleged assault in a phone call with her friend — the other woman who says she was assaulted. The friend told her to go to the hospital for a sexual assault examination.

Kathleen Stilling, an attorney for Cephus, asked the woman why she decided to go to police, after initially holding off.

The woman replied that she decided to do it after she sobered up “and had some time to think about it.”

Stilling showed the court surveillance video of the woman arriving at her dorm at 2:37 a.m. and making her way to her room. She asked her how she managed to get herself into the building and up the elevator without any problems. The woman described it as muscle memory, simply something she had done every day.

Defense attorneys have said they will present evidence to support their argument that the women consented, including surveillance video that shows the women were not as intoxicated as they claim.

Cephus was suspended from the Badgers football team last August. He was expelled from the university earlier this year for violating its non-academic misconduct code.

Cephus sued the university in October, claiming his constitutional rights were violated when the school pursued a student disciplinary investigation against him because he could not defend himself during the probe into the original criminal investigation. He dropped the lawsuit in March, but his attorneys said he would likely refile it after the sexual assault trial.