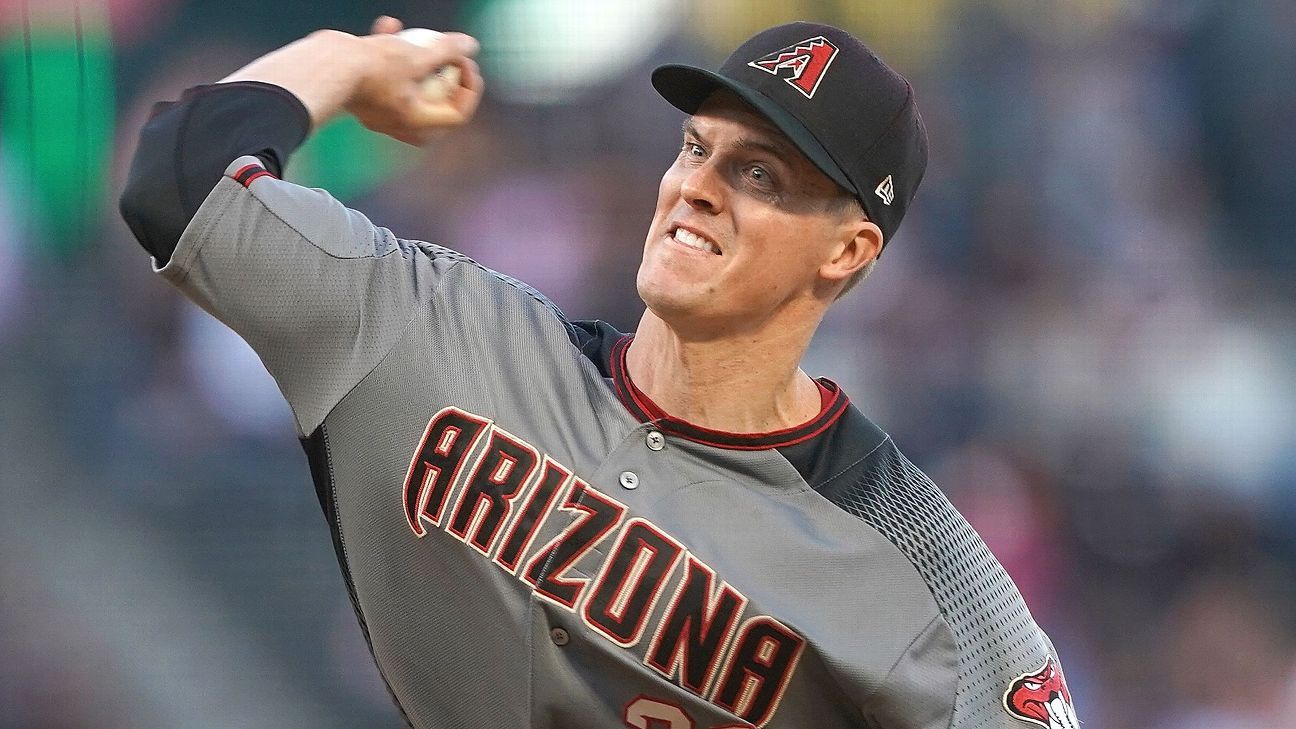 The Houston Astros made the biggest move of Wednesday’s trade deadline, acquiring right-hander Zack Greinke from the Arizona Diamondbacks for four prospects.

“Zack Greinke’s one of the best pitchers in baseball. We had him high on our list,” Astros general manager Jeff Lunhow said. “We didn’t know if this was even remotely possible, and it really wasn’t until the last 48 hours, really the last 24 hours that we started to get traction on something. [Astros owner Jim Crane] supported us and agreed that we could make the appropriate investment dollar-wise, and it became a matter of finding the right prospects, the right mix of players, to go back.

“We really don’t have any holes right now. If we stay healthy this team is as good as any team I’ve ever seen.”

Cole said when the players learned of the deal there was “a lot of hooting and hollering at 4:07. We are ecstatic. We’re getting a Hall of Fame pitcher, a craftsman.”

The Diamondbacks moved to replace Greinke in the rotation by acquiring right-handed starter Mike Leake from the Seattle Mariners.

He pitched against the New York Yankees on Wednesday, striking out seven batters in five innings. Greinke left the ballpark without commenting to reporters.

Before the team confirmed the deal, Astros manager AJ Hinch didn’t want to show too much excitement while knowing he was getting one of baseball’s most consistent pitchers.

“I know he’s an Astro,” Hinch said. “I know he’s really good. I don’t know him personally, but I’m going to get to know him. We acquired him because of how good he is. Certainly we expect him to be a big part of our push to win the division and keep winning into October. He’s an incredible pitcher.”

For Houston’s rotation, it’s a case of the rich getting richer.

Before the Greinke trade, Astros starters ranked first in the majors in both strikeouts per nine innings (10.5) and opponents’ batting average (.213). Their ERA ranked fourth (3.68). Verlander leads the AL in wins (14) and ERA (2.73), and Cole tops with the majors with 212 strikeouts.

With Verlander and Greinke, Houston now is one of two teams with two active Cy Young winners on its roster (the other pair being Rick Porcello and David Price of the Boston Red Sox).

Verlander, who won the AL Cy Young in 2011 while with Detroit, expressed excitement about the Greinke deal.

Cole credited owner Jim Crane, Luhnow and the front office staff for their hard work in making the trade happen.

“What a pickup,” Cole said. “They nailed it. They did a magnificent job.”

“I don’t know him personally, but I think he’s not a guy that seeks the limelight, and that actually works well for us here in Houston,” the GM said. “And slotting in with Verlander and Cole, he’s gonna not have to be the guy that’s in front of the camera the whole time.”

Greinke gives the Astros insurance for after this season in case Cole leaves in free agency. Greinke is in the fourth year of a six-year, $206.5 million deal that he signed with Arizona prior to the 2016 season.

As part of the deal, the D-backs are sending $24 million to the Astros, who then will be responsible for the remaining $53 million on the deal, sources confirmed to ESPN’s Jeff Passan.