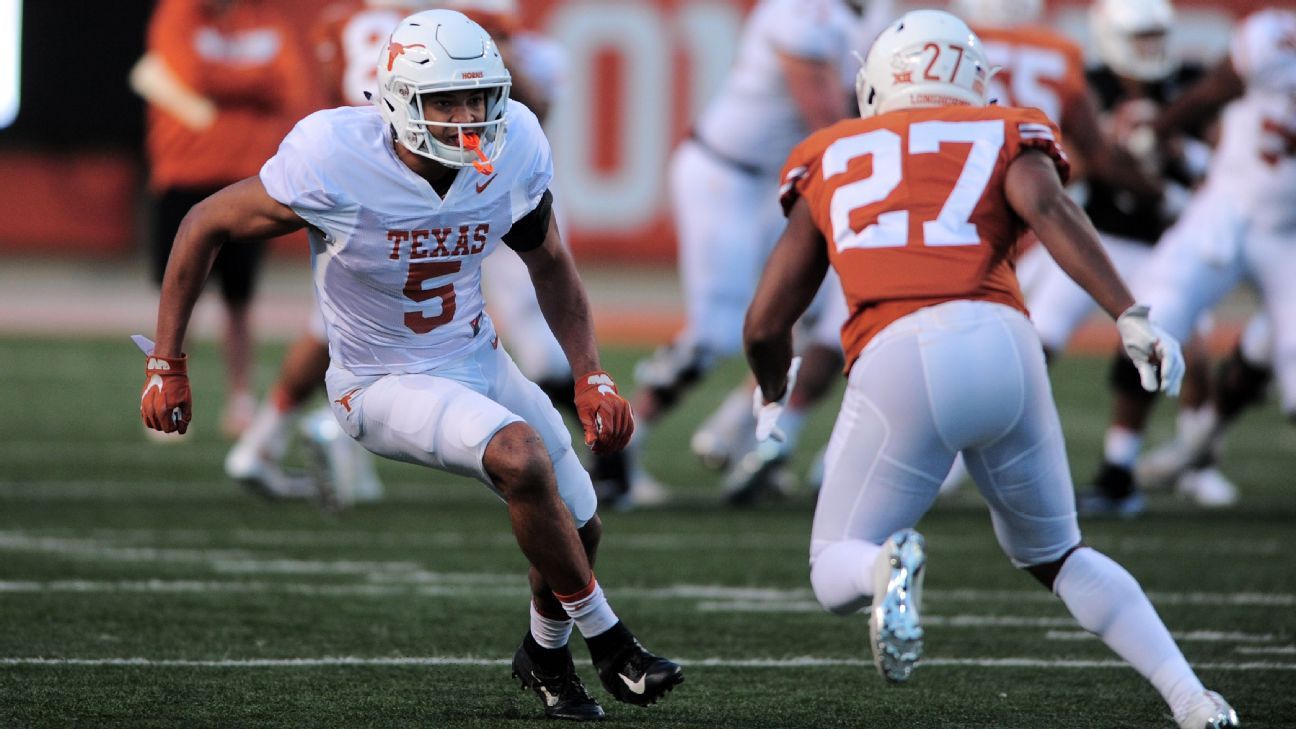 Bru McCoy is a Trojan — again.

USC announced Tuesday that McCoy has officially rejoined the program after transferring from Texas.

OFFICIAL: Freshman Bru McCoy is back at USC. #FightOn pic.twitter.com/YgS6Pfkw4M

McCoy was the No. 27-ranked recruit in the 2019 class and signed with USC in the early signing period. He enrolled early with the program in January, but after only more than two weeks on campus, McCoy decided to transfer to Texas when then-USC offensive coordinator Kliff Kingsbury left to take the head-coaching position with the Arizona Cardinals.

The Santa Ana, California, prospect entered the transfer portal on Jan. 24, and enrolled at Texas only a few days later.

McCoy participated in the Longhorns’ spring game and spring practices as a wide receiver, only to enter the transfer portal again on May 31. Now, the former ESPN 300 recruit is back with the Trojans and is officially re-enrolled.

It is unknown if he will be granted immediate eligibility now that he is back with USC, but since he has yet to play a season with an NCAA program, he still has five years of eligibility if a redshirt is needed.