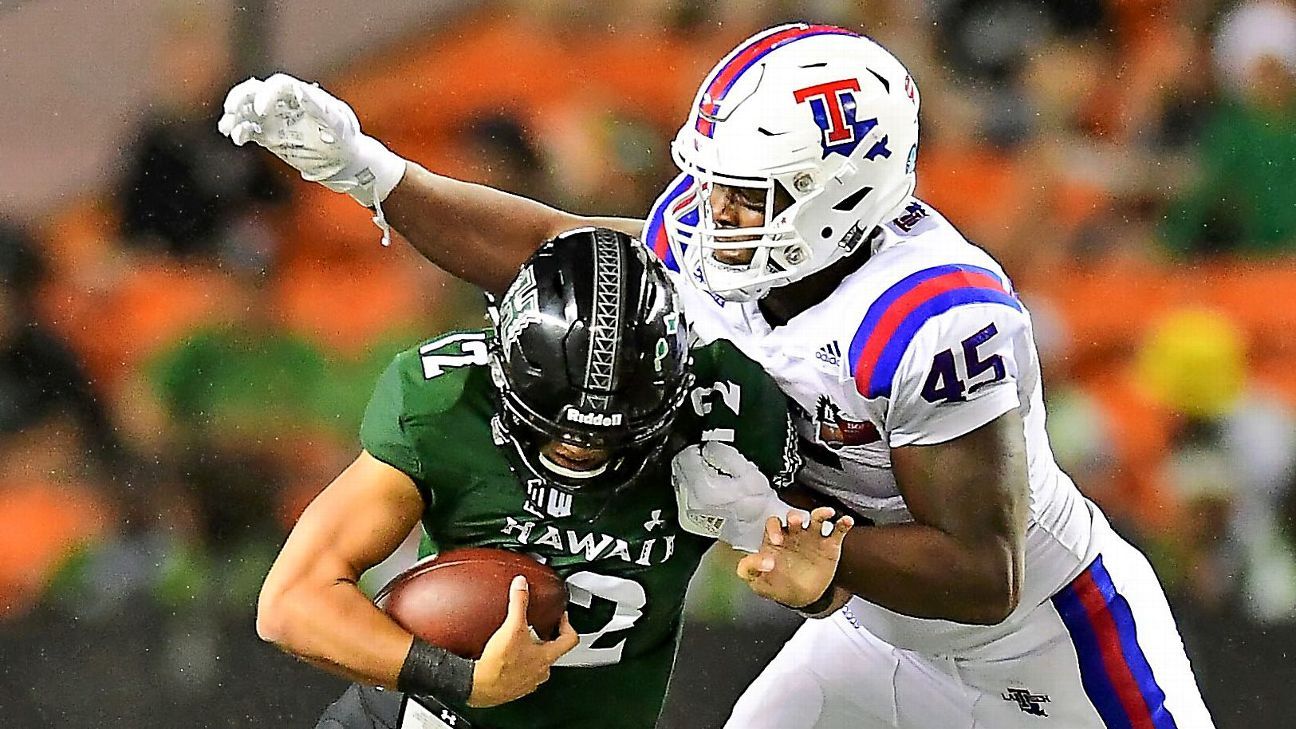 Louisiana Tech defensive end Jaylon Ferguson is helping people in Ruston, Louisiana, after the tornado there, and because there’s no cell service may not know if he’s drafted on Friday, when he is projected to be a second-round pick.

Like most in the area, Ferguson has no cell service and is out looking for missing people, delivering water to people who don’t have it and trying to help all those in need in Ruston. Two people were killed in Ruston when the tornado ripped through the town in the middle of the night. In all, at least five people were killed by storms in Louisiana and Texas.

“Instead of having a draft party and celebrating a lifelong dream, he’s out helping other people,” Ferguson’s agent, Safarrah Lawson, said Thursday. “It speaks to this young man’s character.”

“Hopefully his cell service will be restored soon so he can find out where he’s drafted,” Lawson said.

C’s Brown drives 15 hours to lead Atlanta protest
No snags at weigh-in as UFC set for Vegas return
Helwani on why verbal deals should be scrapped, sensible welterweight bouts, UFC 250
49ers believe they have another Emmanuel Sanders in Brandon Aiyuk
Weekes: NHL needs to get real about inequality