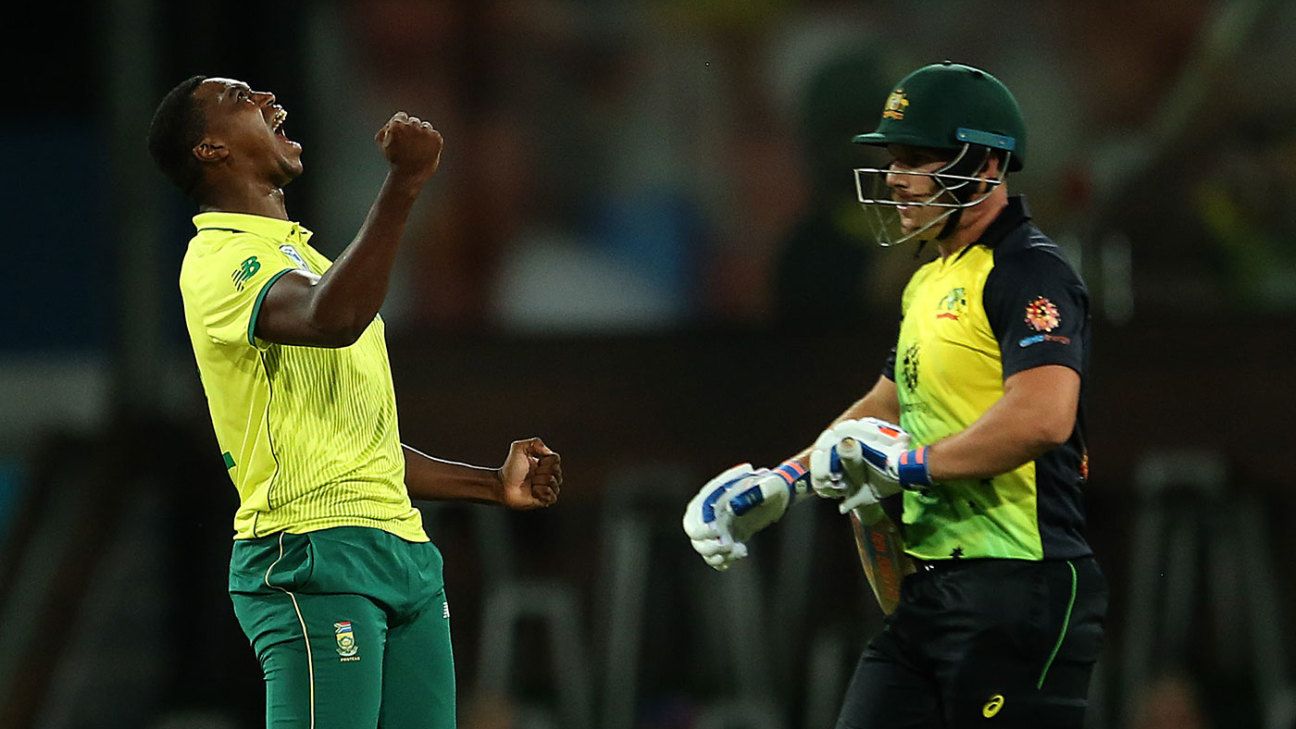 Fast bowler Lungi Ngidi will be out of action for a minimum of three months after sustaining a knee injury during the T20I against Australia last Sunday. The injury means Ngidi will be unavailable for South Africa’s upcoming home summer series against Pakistan, as well as dropping out of Tshwane Spartans’ squad in the ongoing Mzansi Super League.

“Lungi fell awkwardly while fielding during the T20I against Australia last Sunday,” Mohammed Moosajee, South Africa’s team manager, said. “He underwent investigations and further assessments with knee specialists upon his return to South Africa, which revealed a significant ligament injury to the right knee.

“Due to the significant nature of the injury, he will require a minimum of 12 weeks of rest and rehabilitation to make a successful return to play.”

Ngidi, 22, is South Africa’s leading wicket-taker in ODIs in the last year, with 26 dismissals at an average of 23.03, and his injury will complicate their World Cup preparations. He may be back in time to play in the ODIs against Sri Lanka in March, but those five matches are South Africa’s last before they play in the opening game of the World Cup, against England at The Oval on May 30.

Tshwane Spartans are expected to name a replacement for Ngidi in their MSL squad on Friday afternoon.