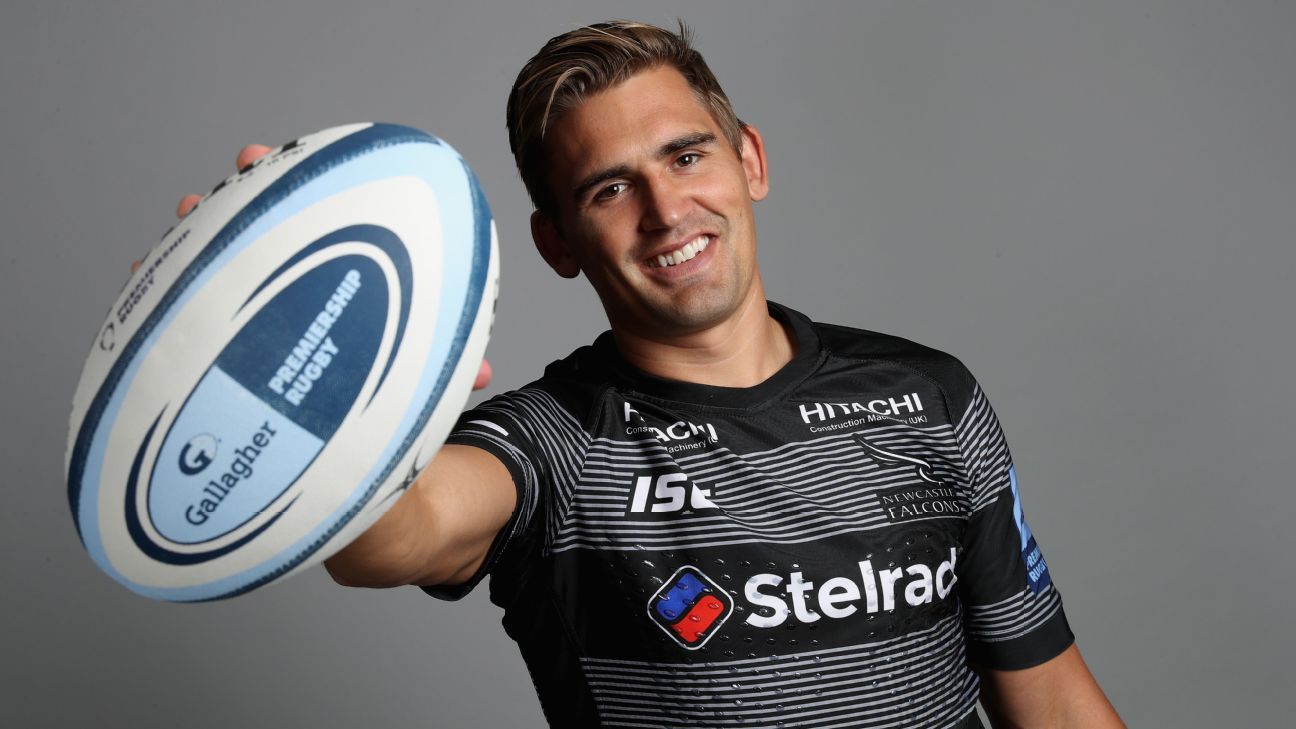 Toby Flood doesn’t need anyone to tell him how competitive the upcoming Premiership season will be.

The Newcastle Falcons fly-half is preparing for the second year of his second stint at his hometown club and knows the pressure is on following last season’s unexpected success.

With Flood returning to the Premiership after spending three years in France at Toulouse, Newcastle surprised everyone by having their best season for 20 years, finishing fourth to reach the playoffs and qualifying for the Champions Cup.

Despite showing some promising signs with an eighth-place finish the year before, the campaign was beyond everyone’s expectations, including Flood’s. Newcastle had finished second bottom three seasons in a row from 2014 to 2016 and were seen as an easy home win for the rest of the division, an automatic bonus-point victory for the Premiership’s elite.

Newcastle used that reputation to drive their remarkable run. From only winning six on the road across the previous four years, Newcastle won seven away games last season, including a 25-23 win at Leicester, a 21-20 win at Gloucester and a 33-32 win at Bath. Teams may have underestimated Newcastle then, but they certainly won’t now.

“It is the hardest step,” Flood tells ESPN. “Teams start to see you as something they really have to prepare for — which is a wonderful challenge for us.”

It’s something the former England international got used to at Leicester, English rugby’s most successful team and the club he joined when he left Newcastle in 2008. Leicester were the ones that everyone wanted to beat during Flood’s time at Welford Road and from experience the 33-year-old expects the Premiership to get even tougher this campaign.

“You could probably throw a blanket over the teams from second to 10th,” Flood says. “It’s that type of season, it’s that competitive.”

All over the league there are clubs with points to prove. Harlequins, Gloucester and Leicester all under-performed last year and are aiming to be back in the mix. Sale recruited smartly over the summer and will be looking to do what Newcastle did 12 months ago, while newly-promoted Bristol, backed by the millions of owner Steve Lansdown, have genuine Champions Cup ambitions under Pat Lamb.

That’s without even mentioning the strength of Saracens, Exeter and Wasps, the teams who joined Newcastle in last season’s playoffs. The competition for the top four places is harder than ever, which according to Flood leaves Newcastle with two options.

“Either we think if we finish sixth or seventh it’s not a bad year because Newcastle finished second-bottom three years in a row,” he says. “Or as a playing squad we react and think if we don’t out-perform last year it’s a failure.”

Newcastle get their Premiership season underway in the last game of the opening weekend. The team play defending champions Saracens on Sunday at Kingston Park, a fixture that will reveal a lot about which option Newcastle will opt for.

“It’s one of the awful things about this stage of the season,” Flood says. “Everyone comes in backing themselves, everyone’s got good players but then you can lose the first two games by 40 points and suddenly you’re not looking so pretty.

“You’ve just got to manage those expectations.”