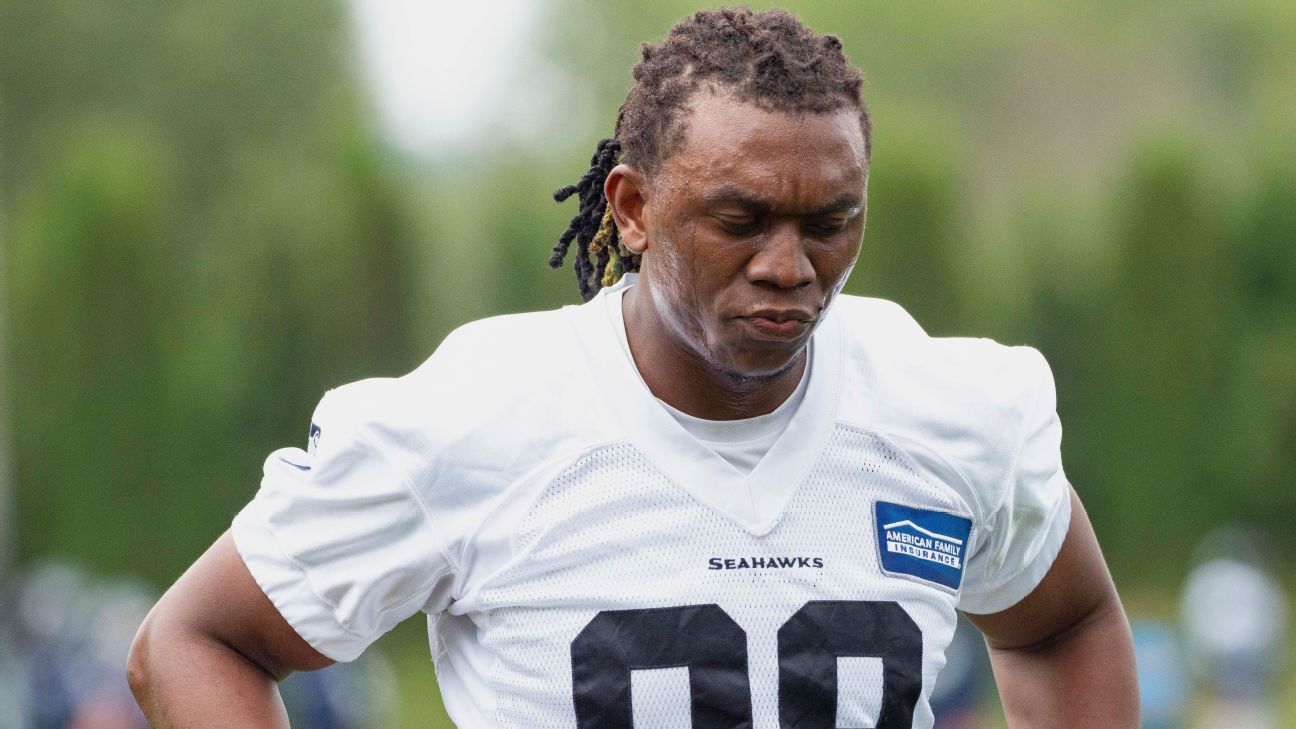 RENTON, Wash. — Ezekiel Ansah is all set for his Seattle Seahawks debut.

According to Pete Carroll, the one-time Pro Bowl pass-rusher is expected to play extensively Sunday against the visiting New Orleans Saints.

“Ziggy’s ready to play, ready to play football,” Carroll said Friday. “So we’re excited to see that. It’s been a really good process to get him to this, where he’s in good shape, too. He’s worked hard and long, so he’s in better shape than sometimes when a guy is just coming back. So we’ll be able to get him a bunch of plays here in this game and look forward to his participation with us.”

Ansah signed with the Seahawks in May after having surgery to repair a shoulder injury that cut short his final season with the Lions. He appeared to be on track to play in the Seahawks’ Sept. 8 opener after returning to practice 12 days before. It was thus somewhat of a surprise when he was inactive for the first two games.

Carroll never fully committed to Ansah playing in Week 1 against the Cincinnati Bengals or last weekend against the Pittsburgh Steelers, giving his usual qualifiers ahead of time about needing to make sure that Ansah felt OK on game day. He gave no such qualifiers Friday.

“We took a shot at it,” Carroll said of Ansah returning in time for the opener. “He made it back to practice for Week 1 in time to do that, but we just felt like it would be better to continue to build his confidence in his return and all of that and just wait it out to secure the return. So hopefully that’s what happens.”

Ansah, 30, echoed Carroll’s remarks about long-term thinking with his health.

“I think we all got to understand that it’s a marathon and not a sprint,” Ansah said. “If I was good enough, I would be on the field.”

The Seahawks list three players as questionable for Sunday: safety Tedric Thompson, cornerback Tre Flowers and running back Rashaad Penny, who was a late addition to their injury report after hurting his hamstring late in Friday’s practice. Flowers turned his ankle Thursday and will be a game-time decision along with Thompson, who missed the Steelers game with a hamstring injury.

With cornerback Neiko Thorpe listed as doubtful with a hamstring injury, Akeem King or Jamar Taylor would step in for Flowers at right cornerback if need be. Lano Hill started last weekend in Thompson’s absence. Carroll said he wouldn’t hesitate to give C.J. Prosise snaps behind Chris Carson if Penny can’t play.

The Seahawks expect to have receiver David Moore back from the shoulder injury that kept him out of the first two games. Defensive tackle Poona Ford will also return after missing the Pittsburgh game with a calf injury. Right guard D.J. Fluker was a full participant Friday and was not listed with any game designation, meaning he’s expected to play despite an ankle injury.

The Seahawks listed Ansah as a full participant in all three practices this week. Carroll said he’ll wear some sort of device on his surgically repaired shoulder, though he didn’t specify that it was a harness.

Ansah said his conditioning feels “great” and added that before he began practicing, “it’s all I did, run around all day every day.”

The Seahawks signed Ansah after trading Frank Clark, who had played the weakside end spot known as the “Leo” in Carroll’s defense. Ansah pivoted away from a question about whether his role in Seattle’s defense differs from what he did in Detroit.

“Detroit is the past,” he said. “I’m just looking forward to what we can do with this team collectively. So far so good. You can see the production we’ve been putting on the field and I’m just excited to be a part of that.”

As for playing opposite another Pro Bowler in Jadeveon Clowney for the first time Sunday?

“I’m super excited to play with him,” Ansah said. “He’s a great guy off the field, and we all know what he can do on the field.”

Said Carroll: “I couldn’t be more excited to see these guys play together and get going. JD’s just getting started, too. It’s pretty fun. Can’t wait to see what it looks like.”

The one-year deal Ansah signed with Seattle includes a base value of $9 million and has $1.5 million available in roster bonuses tied to being active on game day. That means he lost out on two bonuses worth $93,750 apiece by being inactive the first two weeks. But he also made that same amount in per-game bonuses that are tied to being on the 53-man roster. Ansah can make another $4.25 million in incentives.

Carroll’s Friday afternoon media session was held minutes after news broke that the Patriots were releasing Antonio Brown. He was asked if the Seahawks would look into Brown, having spoken with him before he signed with New England.